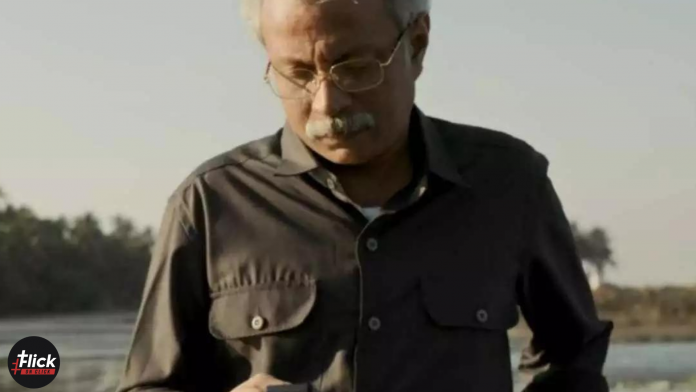 Family Man Season 02 is getting all the attention and moreover, there’s one character in the show who has unforgettable screen time. No! We are not talking about Manoj Bajpayee, instead, Chellam sir is the real hero here.

Yes! Shortly after the release of the show, Chellam Sir has been a trending topic on social media and in the meme community. The reason behind this is the extravagant performance of Chellam sir in the 15 minute screen time that he has got during the whole show.

Now, he has been portrayed as one of the most potent sources for Manoj Bajpayee character. He has tracked down information while being in train, car, footpath, boat and whatnot. He can follow information to the depths of the earth and can bring out the most reliable one.

This funny portrayal has started a meme fest and everyone on the internet including Vicky Kaushal has joined in. The memes that one can make are out of bounds and you’re bound to give a hearty laugh.

Chellum Sir provides access to info when nobody else can. He is basically a VPN pic.twitter.com/exvoFN7RUg

a character that had roughly 15 minutes or less in a show but had a huge impact on it 🤯 pic.twitter.com/UiPbFCQHfd

Surely what a performance, right? Well! If you’re still not convinced then know that the audience is so much interested in the life of Chellam Sir that they are demanding a spinoff series based on his life. That would be pretty interesting, wouldn’t it?

Now, Family Man Season 02 has been a big hit and it is on the trending list since its release making its way into all the critical views, social post, comments and now memes too. If you still haven’t watched the show then what are you waiting for?

Additionally, if you’re sitting tight as you’re not sure whether to watch it or not then click here and read the review of Family Man Season 02, which will help you decide what to do next.

Oh! One last thing, don’t forget to subscribe to us over Google news for more such fun content.

Previous articleVidya Balan: ‘Sherni’ Trailer Is Out In Search of ‘An Unsettled Tigress’
Next articleWhat to Watch This Week: 6 Best Movies and Shows on Disney+Hotstar, and BookMyShow Platforms
Flickonclick

Such a relieving moment for The Family Man’s fan army after the trailer is out. It has been...

Looking for something to keep the screams coming?  Amazon...