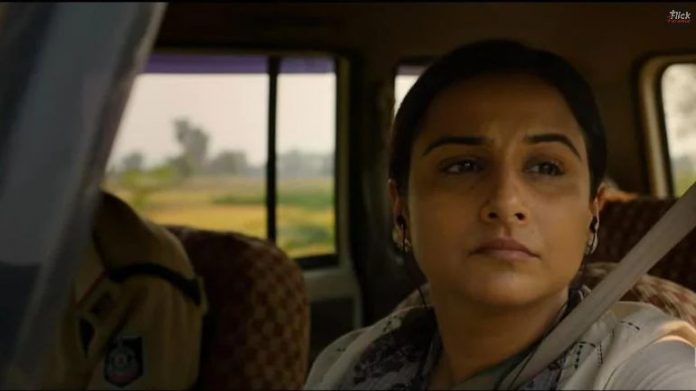 The trailer of upcoming movie “Sherni” by Vidya Balan is out. You will be seeing Vidya in a new role where she is an IFS (Indian Forest Service) officer who is determined to fulfill her duty and create a balance between humans and wildlife.

In the trailer, Vidya Balan is seen battling sexist stereotypes in order to overcome hurdles in both her professional and personal life. Vidya seems to be prepared so that they can capture ‘an unsettled tigress’ who is responsible for causing havoc in the local area and ensure people’s safety. 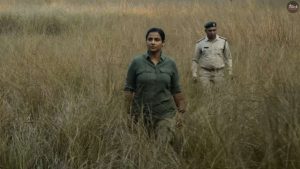 What can be a better story to explain women’s empowerment where Vidya is battling to overcome natural and man-made obstacles? One where she holds the responsibility of capturing the tigress and the other, she has to deal with sexist stereotypes. Accompanying her in the journey are other talented actors like Neeraj Kabi, Vijay Raaz, Sharat Saxena, and Ila Arun.


The title of the film ‘Sherni’ is dedicated to women like Vidya Balan (in the film) who are dealing and struggling really hard with their harsh situations daily. The film is directed by Amit Masurkar who is also known for his stunning direction skills and for ‘Newton’ too.

It will be worth watching this film as it is filled with a lot of deep messages for a society which has to be taken seriously. After watching this phenomenal trailer, Vidya’s fans are eagerly waiting for its release, but before this movie shines on the box office, we have prepared a list of Vidya’s Golden movies that are considered a super-hit of all time.

This movie marked the Bollywood debut of Vidya Balan and it was directed by Pradeep Sarkar, who is also known for Mardaani, Mardaani 2, and Helicopter Eela. The film is starring Sanjay Dutt, Saif Ali Khan, and Vidya Balan in the lead role. The lifelong romance between Lolita (Balan) and Shekar (Khan) takes turns after the arrival of another man.

The casting of this film was surprising for everyone as Amitabh Bachchan played the role of a child, whereas Vidya Balan was his mother. The film was directed by R. Balki who is known for his terrific direction and directed phenomenal movies like Pad Man, Mission Mangal, Dear Zindagi, Cheeni Kum, and English Vinglish. The story shows the life of a teenager who is affected by a rare genetic disorder that leads to accelerated aging. Vidya’s acting was appreciated by the critics and proved to be a turning point for her career.


6 Iconic Films That Starred Your Favorite Celebrities as Child Actors

This was a masterpiece which was directed by Sujoy Ghosh. The movie is starring Vidya Balan and Parambrata Chattopadhyay in the leading roles. The movie was a box office hit and Vidya’s performance was outstanding as a Bengali woman who played the role of a pregnant woman who arrives in Kolkata to find her missing husband but the story takes turns which will lead you to a surprising climax.

The movie turned out to be one of the most successful films of the year and Vidya won many awards and accolades. The movie, starring Arshad Warsi, Vidya Balan, and Naseeruddin Shah in the lead, narrates the life of a thief-duo, who plans for a risky fraud but falls prey to a woman who was prepared with a deadly plan. The film was directed by Abhishek Chaubey who also directed Dedh Ishqiya, Udta Punjab, Kaminey, Omkara, and Sonchiriya.

This movie is known for bringing Vidya, her first National Award. The movie, starring Vidya Balan, Naseeruddin Shah, and Emran Hashmi in the lead role, narrates the life of Silk Smitha who made her career in the filming industry. The critics and audience praised Vidya for her heart-rendering performance.

Shankuntala Devi is a story of mathematician named ‘Shakuntala Devi’ who solves difficult math problem in the most unique way. It’s Vidya Balan’s finest work, a mix of humor and good acting skills will entertain you and beautiful sarees in the movies will entice your fashion taste in the movie.

Previous articleNetflix Secret codes: Netflix Has a Chest Full of Hidden Content That You Can Access, Know How
Next articleChellam Sir: The Real Hero In Family Man Season 02
Flickonclick