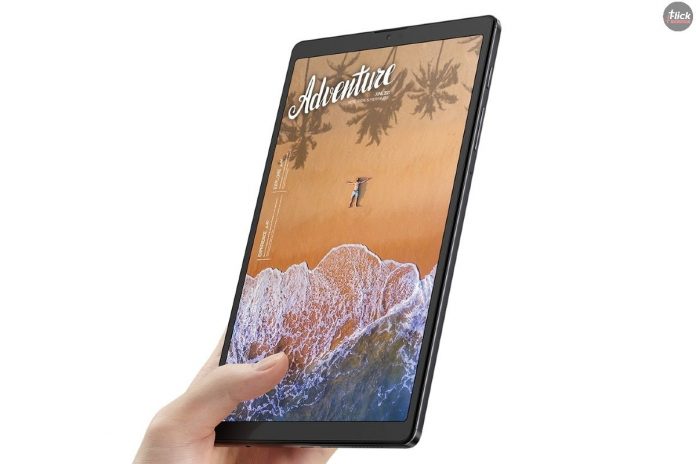 Samsung Galaxy Tab A7 Lite has been in the news for the past few weeks and has also become a sensation for tech lovers and enthusiasts. This tablet marked its position and standard in global markets and now the company is aiming for its successful launch in India.

Those who wish to purchase the device can go through the Amazon India website as it is listed with the ‘Notify Me’ option. The sources suggest that the launching of the device will take place on June 23, 2021, at 12 PM IST. The listing of the device on the e-commerce giant website doesn’t reveal much information still we managed to get some information about the upcoming device to keep our readers updated. 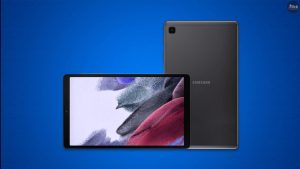 The Samsung Galaxy Tab A7 Lite marked its global entrance on May 28 with a MediaTek Helio P22T SoC and 3GB and 4GB RAM variants. This tablet is going to be the best option for those who wish to their office work or school/college projects with simplicity.

As said earlier, the upcoming Samsung Galaxy Tab A7 Lite will be available for sale on the Amazon India platform from June 23 at 12 PM IST. By the way, if you will go through the Amazon listing then you will observe that the e-commerce giant doesn’t mention the price of the upcoming device.

Now, it is expected that the device will be priced around Rs. 15,000 and the sources further suggest that the actual price will be lower than expected.

As the device made its global entrance, we already know its specifications. For a clear and better view, the tablet sports an 8.7-inch HD+LCD screen with 1340 X 800 pixels of resolution. When it comes to its fast workability, the device is powered by the MediaTek Helio P22T chipset that is available in a single variant of 4GB RAM and 64GB storage space.

It also consists of an Android 11 based OneUI operating system and also packs a Lithium-Polymer non-removable battery of 5,100mAh with 15W fast charging support. Talking about its camera specifications, the device is equipped with an 8MP rear camera and a 2MP front camera.

Connectivity options include one SIM card slot with 4G, Wi-Fi, Bluetooth v5.0, GPS, USB Type-C port, and a 3.5mm audio jack. The device will weigh 366 grams and is fully covered with a metal body. For a spectacular sound experience, the device is featured with Dolby Atmos support with dual speakers.

Korean smartphone giant Samsung has launched its latest Galaxy M01 in the Indian market with a discounted price...
Technology

Samsung is a leading smartphone brand in India and worldwide, and its Galaxy phones have always been preferred...
News

After it launched in Europe last year, the new Motorola Razr 2020 has been launched in India as...
News

It would be a sign of disrespect if you haven’t paid attention to this premium device presented by...
Technology

Smartphone giant Samsung has finally launched one of the newest affordable smartphones, Samsung Galaxy M01 Core at an...
Technology

Samsung Galaxy A12 and Galaxy A02s  have been recently launched in Europe. The two budget phones by Samsung...
Technology

Samsung has launched the Galaxy Tab S6 Lite in India. The tab is a compact and Lite version...