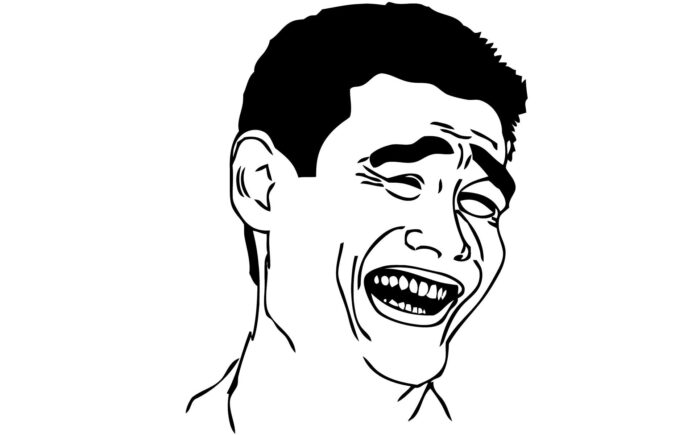 We do, indeed, laugh. We connect and share, but do we know it? Have we ever spent time on the internet without looking at some weird memes? Posts that make us smile in an instant.
Its comedy and irony make us want to discuss it with our friends right away, whether it’s a text, image, video, or gif. So, why guffaw all by yourself? Memes have become a part of social browsing, and it is assumed that if you aren’t mentioning your friends frequently, you aren’t really friends.

Have you ever considered whether these memes are good for society?
Let’s start with the disadvantages of memes because there are so many benefits, don’t you think?

Trolling has become so normal.

It has become just a usual vision on the internet to see some celebrity or any known face being made fun off on grounds of their gestures in some social event or just anything for that matter, a single move of some celebrity becomes a troll. Taking down somebody on the internet by adding funny elements definitely creates an unhealthy environment. Internet is a place where people are free to interact and express their views but does it mean to make something viral at the cost of someone’s feelings and dignity.

Memes are promoting the insensitive behavior of people in society. There is no single day when we check FB or Twitter or Instagram that someone has not been targeted and gone viral. The victim’s mental health is surely disrupted in several ways. Do we realize while sharing those stuff?

Memes crop out the actual story and just portray the funny, sarcastic and sometimes offensive part of it which ends up giving a wrong impression of a person on the society, unknowingly we give in hands for spreading a wrong image of an unknown person who is a social personality. One person is victimized for the wrong reasons.

There are n no. Of people who have become internet stars overnight by doing something stupid or something that isn’t well deserving but has helped them somehow, and on the other side there n no. of people who are working super hard to deserve that fame and are unable to achieve. So memes are promoting the wrong people for some reason.

Nowadays teens spend less time networking but sharing memes without realizing the impact of the same. This contributes a lot to the making of a person. Teens are getting a bad habit of making fun of others on unreasonable grounds. Respect others and their values are actually taking a back seat.

No one on the internet shares his/her own failures then why to raise other’s failures and make the situation unbearable?
We know memes are funny, sometimes so much relatable and easily available to us but it is us who need to realize that these memes are turning us into somebody who we do not urge to become. Memes affect people’s psychology and therefore their health.

Let’s not use the power of the internet to target a helpless individual rather make it free space to empower others and make it a healthy platform because we are so much better than just laughing on others! PERIOD.

Previous article
5 ways to Stay Cool This Summer Without Increasing Your Electricity Bill
Next article
How To Earn Young And Be Independent.
Flickonclick

The ultimate classic sitcom 'FRIENDS'  had been enjoyed by two different generations now and it will continue to...
Talent

We all know Kapil Sharma as the iconic face of the Indian comedy stand-up talk show. We all...
Talent

Comedy Web Series in Hindi hits differently from comedy shows in English. We all know that listening to...