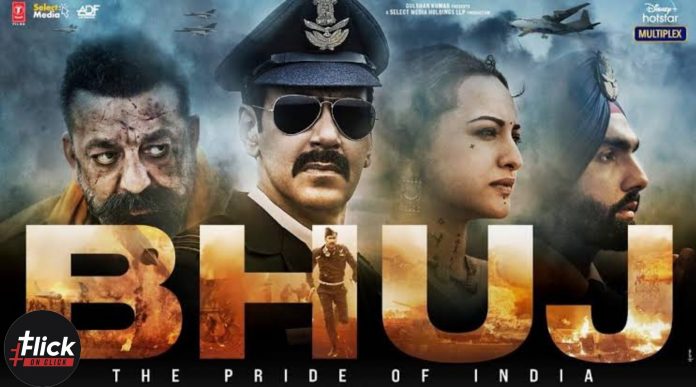 This highly anticipated movie, released on the most important day for every Indian, Independence Day, August 15th, has been bashed by critics. 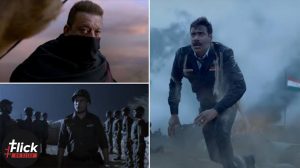 Two everyday things in all of these are that they say:

This movie has left many heavily disappointed. Many criticisms are valid, and we will list down the several complaints and issues people seemed to have with this movie.

Bhuj Ratings: The Pride of India

Issues and Criticisms of Bhuj: The Pride of India

Here’s why the ratings are so abysmal:

1. Most critics say that the movie focuses way too much on loud slogans and shouting. This shouting of slogans, in turn, hides and overshadows the fundamental importance of the film: the 300 women who pulled off a fantastic feat by themselves.

These 300 Gujrati women helped the Indian Air Force during the war between Bangladesh and Pakistan. It has no substance to the actual story and motive but instead relies on pride-arousing slogans to do its work.

2. Popular news site Wion writes, “While I may have sat through 113 minutes of the film to understand the crux of the plot so that it saves time for others, the film painstakingly takes more than 90 minutes to make the audience understand the actual story with multiple jump cuts, out of tune songs, kohl-eyed men, dollops of ‘Jai Hind’ thrown in at regular intervals and overall Islamophobia and Pakistani bashing. At one point, Fatehi’s character shouts back at a Pakistani army officer that his country is the biggest traitor of Islam- a line meant for the gallery.”

3. Further, the CGI of the film has been called laughable and not well-done. The intent and effect of the screenplay and dialogues are painstakingly different.


4. The writing and editing have further been saying not to show any effort. It’s said to be choppy and not well put together.

Code Name: Tiranga Review: Parineeti Chopra excels in this action-thriller that also depends on love to highlight the...
Entertainment

Acharya, created by Koratala Siva, was one of the most awaited movies of the year due to Mega...
Entertainment