Apple made several announcements for exciting new launches at the firm’s World Wide Developers Conference (WWDC). This time, the Conference was virtually held due to the pandemic situation in the U.S.


It wasn’t all launches and additions, however. They also announced a huge game-changer to their Mac computers: they’re dropping Intel Inside. 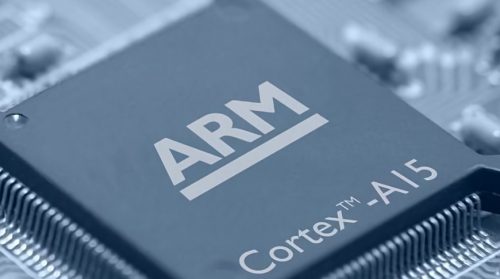 Apple is dumping Intel’s x86 desktop chips and is moving onto ARM designs for Apple’s own processors. These are used in mobile tablets and smartphones. This means it’s used in the iPhone and the iPad.

The first Mac that is silicon-based will start shipping by the end of the year. The full transition would take around two years.

This gives enough time for developers to make the necessary modifications to their apps so that everything will be compatible.

The company’s decision to shift to its own processor chips that are ARM-based gives them more control over their software and hardware. What does it mean for the users?


Well, it means powerful and more efficient machines. This leads to longer battery life and holds the potential for mobile broadband that is built-in and has the same features as a phone.

According to Apple, switching to its own processor chips has opened up opportunities to use new and innovative technology. Examples of this include the high-performance graphics, best-in-class security, and the AI neural engine.

The new interface of Max has been almost completely revamped by the new macOS Big Sur. There are new depth, colour and translucent effects.

New widgets and notifications make up for a unified space. Both of these features are a major change in the latest iOS 14 announcement. Apple made changes to the Control Centre as well.

This applies to both iPhone and Max. Quick settings changes for features like WiFi, brightness, and Bluetooth were brought on.

Also Read- Home Speaker: Who has the edge Google, Amazon or Apple?

Now, the dock floats around the bottom of the screen. This is similar to what was previously seen on the iPad in the iPad’s OS 13. The Messages app, on the other hand, operates like an iPhone with mentions and pinned messages.


The ‘Maps’ app has used the iPad app as the base and has gotten a much needed revamp. Safari has been optimized to be about 50% faster than the browser of Google Chrome.

Along with this, it’s also got several features that protect your privacy. For example, users can now see the tracking history of a website and how it affects them by clicking on a button on the address bar.

The company has also added a start page that’s been redesigned. Other new features include better tab management and built-in translation.

This is not the first time that a company has attempted to switch to the power-efficient ARM chips. Microsoft has, previously, dabbled with the ARM chips as well.

Initially, it started with the Surface Windows PC but has now been seen in the Surface Pro X as well. The latter has a chip that has been custom designed by Microsoft along with mobile chip-maker Qualcomm.

Twitter has a new tool that has been released that allows users to pin their direct messages. Twitter...
Technology

Using dual Whatsapp accounts may sound fatigued but many of us choose this option. This is to create...
Offers

One of Apple’s official Indian resellers, Maple, is offering all iPhone fanatics a discount of up to Rs.8,000...
News

Apple is on its way to updating three of its iPad models in 2022, and these are the...
News

Yesterday, Twitter introduced a new voice over feature which allows users to add audio voice messages in their...