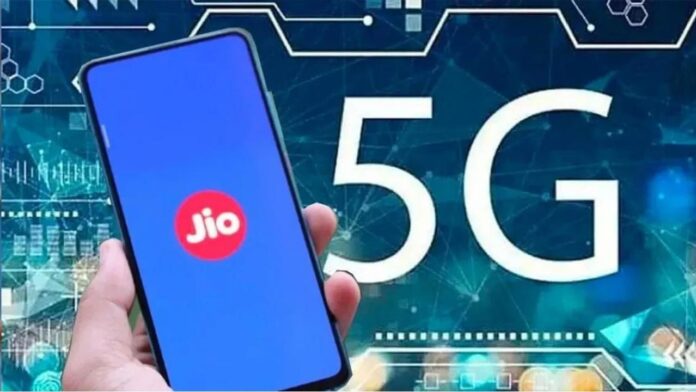 World’s best business Tycoon Mukesh Ambani stated on Saturday ie 1 October at the IMC event that his telecoms company Reliance will roll out Jio 5G services nationwide by the end of 2023. Jio is moving quickly toward launching 5G services this month.

Ambani stated during the IMC 2022 event that Jio will deploy moderately priced 5G connectivity and reach every part of the nation by December 2023. He further claimed that Jio 5G services would provide the best and most affordable connectivity for everyone and everywhere.

Ambani continued, “We are focused on making India a data-powered society possibly better than China and the US. He further claimed at AGM that the largest telecommunications provider in India has earmarked 2 lakh crores for the deployment of 5G services.

The largest and most technologically advanced 5G connection will be Jio 5G. Jio will roll out the most recent 5G technology, known as standalone 5G, which is independent of the currently employed 4g network. By October end, the Center hopes to start laying out 5G, which it claims can deliver broadband speeds roughly ten times faster and more efficiently than 4G.

A modern network for the current tech-savvy generation is regarded as essential for advancing innovations such as self-driving cars, blockchain, the metaverse, and robotics and machine intelligence all throughout the world.

By transforming the existing hospitals into other smart hospitals without huge extra investment, making the finest doctors’ facilities digitally accessible everywhere in India, enhancing the speed and precision of diagnostic tests, and empowering real-time clinical decision-making it can provide high-quality health care coverage to rural and isolated regions.

Ambani asserted that Jio would launch its 5G service in an inexpensive range, along with Sab Ka Digital Saath and Sab Ka Digital Vikas, and that he wanted to advance Modi’s vision of Make in India.

Moreover, he added that India may have gotten off to a slow start, but we’ll finish first by offering 5G services that are better than those offered anywhere else in the globe and more reasonably priced.

According to Mr. Ambani, 5G offers a core infrastructure that unleashes the maximum potential of other transformational technologies, making it far more than merely the next level of wireless networks.

Ambani claimed that by utilizing the combined forces of demographics and digitization, India can transform into the global digital nation in the world, speeding up growth by developing its economy from its current level of nearly USD 3 trillion to USD 40 trillion by 2047 and speedily raising the per income levels of its citizens to USD 20,000 from the current level of USD 2,000.

As a final statement, he said, “Today, I want to repeat Jio’s pledge to provide 5G to each and every town, each taluka, as well as every tehsil of our nation by Dec. 2023”.

Read More: Reliance Jio Offers Free Netflix: Know How to Get This in 2022

During the time of lockdown, all you have is your internet. Without it you'd be dammed and it...
Offers

The turf war between Jio and Airtel is not hidden, and it's getting more intense as time passes....
Offers

During the time of lockdown, all you have is your internet. Without it you'd be dammed and it...
Entertainment

Jio has always something new to continue the excitement amongst its users and this time it has come...
Offers