Jio 5G has emerged as one of the bid bidders in India’s 5G spectrum allocation. Now, the buzz about the imminent launch of Reliance Jio 5G is making all the noise. It is expected that Reliance Jio will have wider coverage than the other telcos operating in India. We may already see Jio operating the 5G services in India this year. Here we have covered everything that you need to know about the upcoming Reliance Jio 5G network in India. 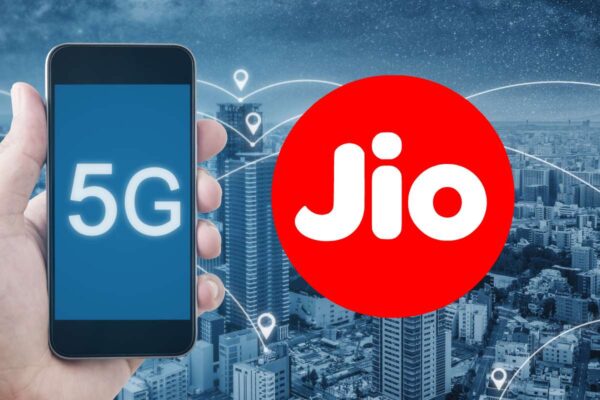 There is no official announcement regarding the launch date of Jio 5G. However, one can expect the roll out to happen soon as Akash Ambani, the chairman of Reliance Jio, has said that the company is going to celebrate the Azaadi ka Amrit Mahotsav with a 5G roll out across India.


Now, if the rumours are to be true, then one can expect Reliance Jio to launch its 5G services in India on 15th August 2022 to celebrate India’s 75th Independence Day. However, rolling out 5G is no child’s play and Reliance already knows it. So, do not expect a full-blown all over India launch as the first roll out of 5G services may be just a test which Reliance may conduct in a few metro cities of India.


It will take at least a month or two more for Reliance to mark its presence in the 5G network segment in India. The complete roll out which will include all Tier 2 and Tier 3 cities in India, will likely happen by March 2023.


For those who don’t know, India’s spectrum is divided into 22 circles, and Reliance Jio has bought 5G bands for all of them. However, according to the sources, the company will launch 5G services initially in these 9 cities- Delhi, Mumbai, Kolkata, Bengaluru, Chennai, Lucknow, Hyderabad, Ahemdabad and Jamnagar.

There may be a few changes in this list when the actual roll out happens, as Noida, Gurgaon, Pune, and Chandigarh could also be part of the initial roll out. Reliance has completed 5G coverage planning in over 1,000 cities across India. Therefore, a pan India launch will definitely happen.

It’s too early to predict the price of 5G plans in India for Reliance Jio. However, due to the high competition in the Indian market, one can expect the 5G plans to hover between Rs 400 to Rs 500 for a month. However, there may be quarterly, semi-annual and annual plans as well, which will have a different set of pricing. We will update you as soon as more details are revealed about it.

Will You Need a New SIM? According to the sources, there won’t be any requirement to exchange or purchase a new sim. No telecom operator in India has hinted toward a new sim for accessing 5G services. You can expect to get the benefits of 5G from the already installed 4G SIM in your mobile phone. If any new information is revealed about it, we will update it here. Until then, rest assured.

Jio has conducted the trials in 8 cities so far. The company has observed that the 5G can offer speed up to 8x faster than the 4G network. It appears that you can get a download speed of 412 MBPS and an upload speed of 412 MBPS. It will be a massive upgrade from the 4G speeds.

Previous article
India to Get its First Underwater Metro: Know All Details
Next article
Rakesh Jhunjhunwala: What made the man India’s Big Bull
Virat Verma

PUBG which has been banned on 2nd September along with 117 other apps might have another chance of...
Technology

Mukesh Ambani is back once again to crush the market with reliance's new product,  the Jiofibre. The Jiofibre...