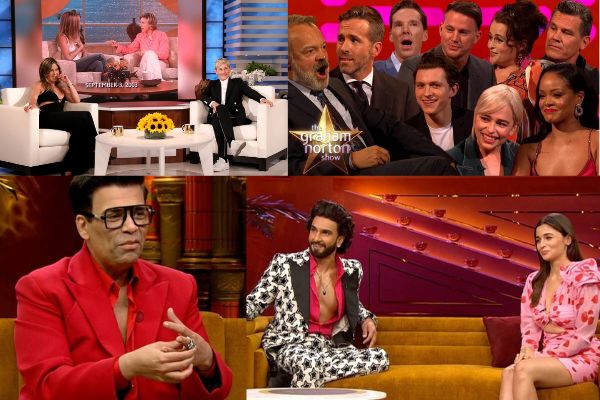 Talk shows have always been viewers’ favourite Indian TV programs. Many talk shows have been broadcasted on a variety of themes and forms over the years. While many of these shows were extremely popular, others disappeared into the sky. Koffee With Karan by director Karan Johar became an instant success because of its charismatic host and interesting theme in which top celebrities talk about their personal and professional life. It debuted in 2004 and has since then become one of India’s best and longest-running most-watched celeb talk shows.  Although, It has been entangled in controversy on various occasions show is a hit. Hence, its seventh season is available to stream on Disney + Hotstar. 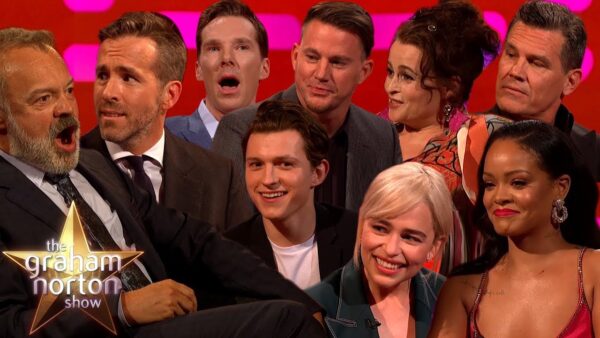 The Kapil Sharma Show, abbreviated as TKSS, is a Hindi-language stand-up comedy and chat show aired on Sony Entertainment Channel in India. Comedian Kapil Sharma hosts the talk show, in which he interacts with celebrity guests about their current films while keeping the audience smiling with his humour, wits, and diverse pranks. The show is much similar to Koffee With Karan.

Dil Diyan Gallan is a celebrity talk show in which the host Sonam Bajwa has frank discussions with popular Punjabi cinema and music industry superstars and gets a glimpse into their work and personal life. The show is entertaining and well-liked among Punjabi movie and song enthusiasts. Many popular celebrities like Diljit Dosanjh, Jassi Gill, Sidhu Moose Wala, and others have visited the show.

It’s the program with the spicy wings and even spicier questions. Sean Evans, the show’s anchor, plays Q & A rounds with a range of prominent celebrities, from actors to sportsmen and musicians. While answering some very well-prepared questions, the guest consumes a battery of sizzling wings, each one hotter than the one before it. The show is very similar to Koffee with Karan and is well-liked among the audience.

No.1 Yaari with Rana is a talk show that investigates your favourite actors’ personal bonds while disclosing some unknown ties in the field. With two seasons over, the show has been a big hit, and the audience is eager for more.

Those who want to indulge in the fun and gossip of Hollywood superstars would love The Graham Norton Show. Famous celebrities like Johnny Depp, Jim Carrey, Leonardo Dicaprio and many more have appeared on this talk show that has become the talk of the town. The show is filled with funny and quirky instances, and sometimes there is even a similar segment to Koffee With Karan where Graham Norton asks a few questions that the celebrities have to answer without much thought.

The Ellen DeGeneres Show, like Koffee With Karan, has paved the way for many other chatshows. The celebrity host Ellen has had a fun conversation with a number of Hollywood superstars during the run of this show. The series is filled with fun segments and interesting games with celebrities that you will definitely enjoy. If you like celebrity gossip, then this is the show that you need to watch.

Prepare yourselves, Marvel lovers. "Doctor Strange in the Multiverse of Madness" reaches theatres on May 6, 2022, and...
Entertainment

Good Espresso for ‘Koffee With Karan’ Season 7 is poured

Koffee with Karan is a highly entertaining conversational show in which renowned celebrities talk about business, family, love...
Entertainment

6 Movies Like Thor: Love and Thunder to Watch on OTT Platforms

Thor: Love and Thunder brought back our favourite Chris Hemsworth as the Norse God. The movie also featured...
Entertainment

Brahmastra Part One: Shiva, slated to release on 9th September 2022, is making waves with its grand mythological...