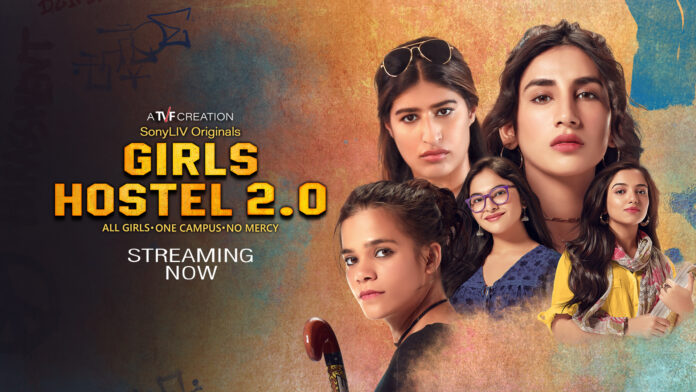 During the lockdown, we binge-watched every single popular show on OTT platforms. As a result, we have all become accustomed to watching fresh and crispy content. Sony LIV, on the other hand, has been creating some amazing content for its service. SonyLiv has it all, from web series to blockbusters, and will rarely let you down. Its affordable membership plans make it much more viewers. So, if you’re searching for some programs to binge-watch this weekend, we’ve got you covered. You can binge-watch the best web series in hindi on Sony Liv in November 2022.

SonyLiv also boasts fairly low subscription fees and a vast range of content, making them more easily accessible. Flickonclick has compiled a list of the top shows in Hindi on SonyLiv to make the most of your weekend. Binge-watch these from the luxury of your sofa, guilt-free. You need that leisure time after such a tough day.

Nirmal Pathak ki Ghar Vapsi, our first Sony Liv web series suggestion, is the most awaited show. It follows a humble young man on a mission to find his origins. On this excursion, he is escorted back to his hometown in Bihar, where he realizes that the hamlet where he was raised is the same as the one from which he fled. The genuine emotions that depict the realities of village life appear to be appealing to the viewers making Nirmal Pathak Ki Ghar Wapsi a must-watch web series you can watch on Sony liv.

College Romance, one of the best university comedy series of all time, is back for a third round. As they battle with their serious relationship, there is a chance that Bagga will betray Naira with some other girl. As Trippy makes an enigmatic reappearance, Karan urges Naira not to communicate with him. While Deepika starts seeing a new male, Karan starts a romance with a new girl.

Gullak Seasons 1 and 2 brought us to the Mishra family and showed us their occasionally hilarious, usually painful events. Season 3 focuses on the challenges of high-caste and middle-class households in India, specifically the politics that take place both inside and outside the house, patriarchal traditions, and so on. The show’s overall plot visualization is simply excellent. Gullak is currently the best Hindi web series on Sony Liv.

Rocket Boys is a critically appreciated web series, particularly among Indian viewers, because it tells the incredible narrative of Homi J Bhabha and Vikram Sarabhai, inventors of a missile launch in the late 1990s. They were well-known forerunners who paved the way for India’s first missile. Jim Sarbh portrays a young engineer brilliantly. Buckle your seat belts, because Rocket Boys is now available on SonyLiv.

Girls Hostel Season 2 is all about learning to embrace each other’s ways of life, mental processes, and so on in the girls hostel. In this chapter, the girls face a surprise stoppage that does not favor their college friends, and they must plan to defend their rights in a fair and equitable ballot. Streaming Girls Hostel Season 2 now on  Sony Liv to discover what happens next.

Salt City, which recently premiered on June 16, 2022, is the newest installment to Sony Liv online series 2022. It has captivated the public due to its captivating storyline and actors. It highlights the story of the Bajpayee household and how they deal with the various complications of life daily. It also reveals much from the past while clinging to the present and confronting an uncertain but positive future. Watch Salt City right now to find out what all the fuss is about.

TVF Pitchers, created by The Viral Fever company’s like-minded crew, is our next suggestion and one of the top Sony Liv web series of all time. It describes how four men quit their well-paying professions to create a business. It illustrates the ups and downs of how a business operates and what it takes to make a firm successful and attract the public. Watch Pitchers on SonyLiv right now to discover more about startups.

Our next recommendation is JL50, a Sony Liv web series starring Abhay Deol and Pankaj Kapoor. It depicts a CBI officer tasked with looking into a crash landing. It’s a top-secret assignment, and they eventually discover that the plane crashed somewhere between northern Bengal on its way back from a Kolkata terminal. It’s a thrilling science-fiction thriller that will hold you on the edge of your chair.

Your Honor is the final but not least in our list of the best web series in Hindi on Sony Liv recommendations. Bhishan Khosla and one of his children is the story’s protagonists. Bhishan is implicated in a hit-and-run and is recognized as the heir of a local gangster. The series highlights the fight between these two rival groups, as well as the extent a father would go to save his child.

2020 was the rebirth of Indian art and cinema. This year gave audiences not one but so many...