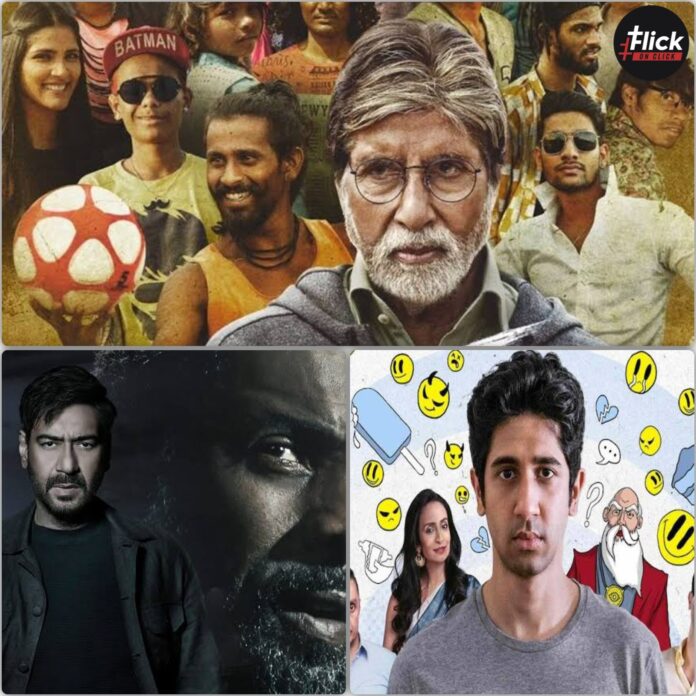 It’s currently March 2022! A new month has arrived, which means we have a slew of fresh blockbusters to keep pace with Ott services. After a long day at the office, relaxing in front of the TV and viewing a quality show or film can improve your day. So, to spice up your evenings this March, here are some of the highly awaited Hindi Upcoming movies and series that will be released this month. In this drama mystery, Vidya Balan and Shefali Shah will be portrayed playing the characters of a reporter and a chef for the first time on the big screen. Suresh Triveni directed the film, which also features Vidhatri Bandi, Surya Kasibhatla, Manav Kaul,  Shrikant Mohan Yadav, Iqbal Khan, Shafeen Patel, and Rohini Hattangadi. You can Stream Jalsa on Amazon Prime Video on 18th March 2022.

We have higher expectations for this series because it has a captivating premise and a new cast. This fast-paced psychological criminal thriller series digs into the mind of an amazing super-cop. The series is inspired by the British TV show Luther and stars Ajay Devgn, Esha Deol, and Raashi Khanna as the key characters. In secondary parts, the program also features  Ashish Vidyarthi, Ashwini Kalsekar, and Atul Kulkarni. Hence, You can watch the series on Disney + Hotstar on 4th March 2022.

This biographical sports film stars Amitabh Bachchan in the starring role of Vijay Barse, a former sports instructor who formed a Non-Government Organisation called Slum Soccer. The film portrays how the instructor instills passion in youngsters living in Mumbai’s slums by transforming them into soccer gamers. This film, produced by Nagraj Manjule, also features Akash Thosar and Rinku Rajguru in significant roles. Jhund will broadcast in cinema’s on 4th March 2022.

Ray, a confused 24-year-old guy who pursues all the wrong moves to find affection, is the focus of the episode. Zoya Akhtar and Farhan Akhtar, together with their own production companies, are teaming up with Netflix India for a funny adult comedy-drama. Rahul Nair will develop and produce the series. However, which will star Jim Sarbh, Ankur Rathee, and Dalai in the significant roles. Eternally Confused and Eager for Love will be available to stream on Netflix on 18th March 2022.

This brand-new ten-part series will certainly keep you captivated with your tv displays. This crime thriller tv show, with an interesting trailer, concentrates upon crime and tension. Based on historical events, the series depicts two distinct elements of our society: the powerful and the oppressed. Anchal Singh, Surya Sharma, Harsh Chhaya, Dibyendu Bhattacharya, Abhishek Chauhan, Ankur Rathee, Ayn Zoya,  Apeksha Porwal, and Ayn Zoya play major roles in the performance. Hence Undekhi S2 series is produced by Siddharth Sengupta. Series Season 2 will be available to stream on Sony Liv on 4th March 2022.

As soon as the trailer for this series was aired, it found a home in the minds of the viewers. This sitcom stars Ayesha Raza, Shiv Pandit, Vivaan Shah, and Plabita Borthakur in main roles, with the proper amount of hilarity and traditional background. The show tells the touching narrative of a modest family in which the grown children return to their childhood home to deal with unsolved tensions and emotional issues from their past. Shree Narayan Singh directs the show. Sutliyan is going to broadcast on zee5 on March 4, 2022.

The suspenseful trailer and plot of this upcoming film sent shivers down our legs. Inspired by the Kashmir Insurrection of the 1990s, this film by Vivek Agnihotri depicts the injustices suffered by Kashmiri Pandits. Additionally, Anupam Kher, Mithun Chakraborty, Prakash Belawadi, and Pallavi Joshi play significant parts in the film. The Kashmir Files and many other movies are set to broadcast on zee5 on March 11, 2022.

After being delayed several times owing to the epidemic, this historical sci-fi romance drama will finally enter theatres this month. This romantic saga, set in 1970s Europe, includes a wonderful love story with a tragic ending. Moreover, this film, produced by Radha Krishna Kumar, features Prabhas and Pooja Hegde in prominent roles. Finally, Radhe Shyam will be available to stream on 11th March, 2022.

Read More: 8 Must watch movies and series to watch this weekend on OTT platforms.