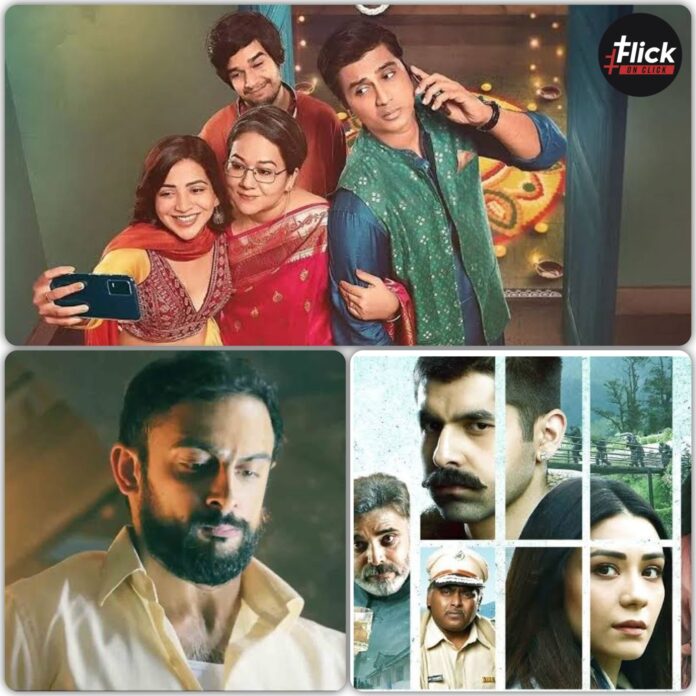 We’re in March, it appears that the OTT releases have shifted as well, with the majority of the soon-to-be-released content leaning toward the dark and thrilling. Big-budget, star-studded movies are just days away from hitting the digital front, much to the delight of viewers We’ve compiled a list of some of the best Hindi web series and movies to watch in March 2022 On Sony Liv and Zee5.

This new ten-part program will certainly keep you engrossed in your television shows. This crime thriller television show, with an intriguing trailer, focuses on crime and suspense. The series illustrates two distinct components of our society, based on past occurrences: the powerful and the afflicted. The cast includes Anchal Singh, Surya Sharma, Harsh Chhaya, Dibyendu Bhattacharya, Abhishek Chauhan, Ankur Rathee, Ayn Zoya, Apeksha Porwal, and Ayn Zoya. As a result, Siddharth Sengupta produces the Undekhi S2 series. Whereas, Season 2 of the series will be accessible to watch on Sony Liv on March 4, 2022.

The teaser for this series found a place in the imaginations of fans as soon as it appeared. This comedy features Ayesha Raza, Shiv Pandit, Vivaan Shah, and Plabita Borthakur in lead roles, with just the right amount of hilarity and heritage. The poignant story of a simple household in which the grown kids return to their old home to deal with unresolved conflicts and emotional problems from their past is told in the play. The show is directed by Shree Narayan Singh. Sutliyan will premiere on Zee5 on March 4, 2022.

A little girl from Uttarakhand is being kidnapped by some individuals to extort money in return for her. The approaching time, however, would bring a succession of inconvenient circumstances as senior inspector Rudra Srivastava begins his inquiry into the matter.

Bloody Brothers, featuring Satish Kaushik, Mugdha Godse, Jaideep Ahlawat, Tina Desai, Shruti Seth, Jitendra Joshi, Maya Alagh, and Mohd Zeeshan Ayyub Jitendra Joshi, is an engrossing drama that you should watch. The six-part ZEE5 original centers around the lifestyles of two siblings, Jaggi and Daljeet. The older brother, Jaggi, enjoys the luxury of an expensive and seemingly ideal existence, whilst the younger brother, Daljeet, struggles to make ends meet while maintaining a vintage book shop/café. When they knock over an elderly guy while driving home one night, their lives spiral out of control. However, you can Stream Bloody Brother on OTT Zee5 on 18th March 2022.

Mrs. & Mr. Shameem is a ZEE5 original series about Shameem and Umaina, two friends who have a special affinity. When Umaina is deceived by the man she loves. Hence, Shameem does all he can to put her out of her pain. In Fact, Mrs. & Mr. Shameem on OTT Zee5 on 18th March 2022

ZEE5’s Telugu-language coming-of-age romance collegiate drama is an excellent addition to the roster. The crux of the plot is a gang battle between Engineering and Medical college kids, a romantic drama between Akshay and Kavya, and some unforeseen situations that lead to major decisions.

The film is directed by Harry Bhatti and stars  Navpreet Banga, Nikeet Dhillon, Balwinder Dhaliwal, and Rana Jung Bahadur. Moreover, it’s the tale of three friends and how their recipe holds up against the test of time. It is one of the best movies that is available to stream on Zee5 on 4th March 2022.

The iconic tv reality program Kaun Banega Crorepati is now one of India's most viewed and liked shows....