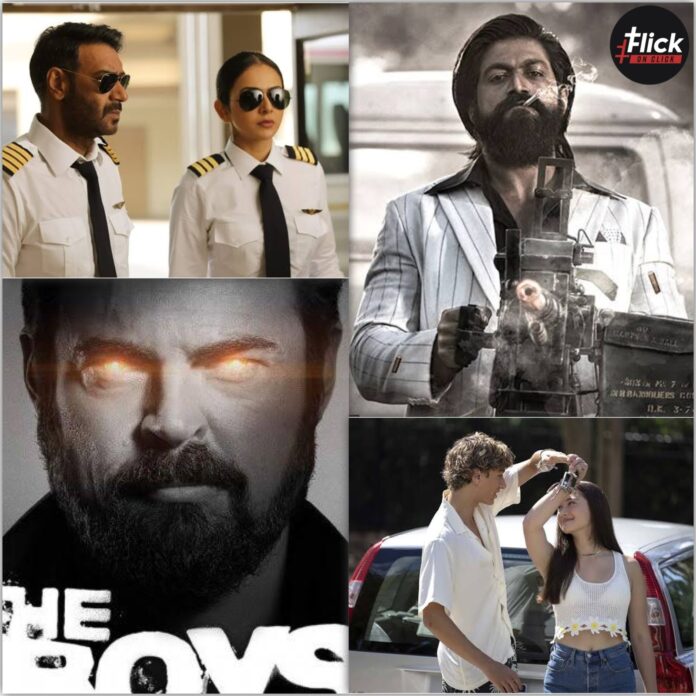 As the new month of 2022 approaches, we are back with a collection of recent releases on the dashboard that you can view while sitting on the couch or at your favorite spot under the ac in June. Hence, Flickonclick has compiled the list of the 7 Best shows on Amazon prime in June 2022.

Rocky, whose alias enrages fear in the hearts of his opponents, has taken over the blood-soaked territory of Kolar Gold Fields. Although, his allies regard him as their Messiah, the government regards him as a danger, and his enemies seek vengeance. From June 3 onwards, you can watch the superhero movie hit on Amazon Prime.

Keiynan Lonsdale and Dylan Sprouse perform best in this LGBTQ and rom-com movie. Andrew is unable to distance himself from his harmful exes, who frequently deceive him. Jake, his friend, creates a virtual boyfriend persona for him to assist him to get over it. When Andrew gets to meet somebody who likes him, this becomes a dilemma.

Following its theatrical release, the aerospace thriller is available to watch on Amazon Prime Video. The film is based on the true events of a Flight Airways Doha-Kochi flight that had a miraculous escape due to hardships landing at the airport due to storms and poor visibility. Ajay Devgn, Amitabh Bachchan, and Rakul Preet Singh star play major roles in the movie.

Call Me by Your Name, an introspective yet artful look at first romance, is one of those movies that encapsulates chaotic feelings with instants of overwhelming and profound kindness. Based on André Aciman’s novel of the same title, it features an ensemble cast of a Timothée Chalametas portrayal as Elio, a young fellow who becomes romantically attracted to a grad student who is both older and more mature than him.

Eric Kripke created one of the best superhero television shows available to view on Amazon Prime.  The first story of the series aired on July 26, 2019, followed by the second chapter in July 2020. The third season of the series is released on June 3, 2022. It belongs to the undertaking, journey, theatrics, sci-fi, and action hero genres. Hence, Eric Kripke’s series is split into eight episodes and will only be available in English.

Fairfax is one of the English-language animated sitcom video content tv shows on Amazon prime.   Aaron Buchsbaum, Teddy Riley and Matt Hausfaster produced it. The first season of the show premiered on October 29, 2021. The show’s second season will be launched on June 10, 2022. Finally, the sequel will be filled with comedy and fantasy.

This romantic-drama show, premised on Jenny Han’s 2009 book of the same title, continues to follow Belly and her relatives, who spend every vacation at the Fishers’ seaside house in Relatives. Every year is fairly much all the same unless Belly turns 16, at which point connections are tested, heartbreaking truths are revealed, and Belly is forever transformed. The Summer I Turned Pretty is a tale and narrative about the first romance, emotional turmoil, and growing up, all of which are approachable experiences that cement this Amazon Original Shows as an impacting must-watch to look out for June 2022.