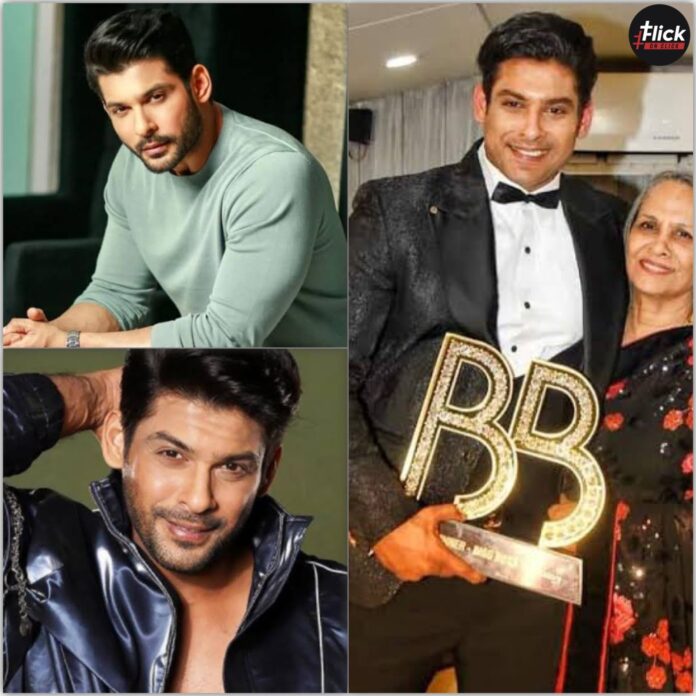 Sidharth Shukla at the age of 40 passed away on September 2nd. Many people were left saddened by the actor’s Bigg Boss 13 journey and win after his tremendous career in the tv and film industries. He achieved enormous recognition and a particular place in the hearts of his admirers not just because of his great personality, but also because he was a gentleman of his words.

Sidharth constantly astonished everyone with his powerful statements, whether it was on Bigg Boss or social media. He has continuously been one of the most loved Bigg Boss contestants throughout all seasons. Since his farewell, his admirers have been pouring in their condolences. Flickonclick reminisces about his favorite Bigg Boss 13 moments.

Sidharth topped Bigg Boss 13, and that moment will live on in the minds of viewers. Salman Khan fooled around onstage with Asim Riaz before finally declaring Sidharth’s name as the champion and giving him the award. This was accompanied by Sidharth and Asim sharing a warm hug.

Fans remember Sidharth and Shehnaaz, commonly known as Sidnaaz, for their adorable squabbling and poignant times in the home. Sidharth’s homecoming to the house after healing from typhoid was one such instance. Shehnaaz was summoned to the confession room, where she discovered Sidharth awaiting her. Fans will never forget the delight in Shehnaaz’s eyes.

Fans laughed at Sidharth and Rashami’s amusing conversation as Sidharth’s mother Rita appeared. Soon after, the starlet had a few tearful moments, which were followed by Rashami offering kindness to Sidharth at the request of her nephew and niece.

At the start of Bigg Noss 13, Sidharth Shukla and Asim Riaz were best buddies. However, the two pals flipped against each other and had some major fights on the program. However, after the program, the two stated that they appreciate each other. After learning of Sidharth’s death, Asim shared a touching message on Instagram. “I’ll see you in heaven, brother… Sidharthshukla, R I P “Asim stated.

Sidharth and Rashami, co-stars of Dil Se Dil Tak, had some huge clashes on the program. But the two also appeared to have a connection. Rashmi and Sidharth recreated the title track of their daily show inside the Bigg Boss house and looked stunning together. Following Sidharth’s death, Rashmi Desai tweeted a sad heart emoji.

Read More: Shehnaaz Gill: Life Journey of the Girl Who Needs No Introduction

Food delivery is the new normal, which is why most of us prefer to dine in on a...
Entertainment

Goodbye Box Office Collection Day 2 is estimated to be Rs 1.5 Crores which is equal to the...
Lifestyle

There are many simple Rangoli Designs for your home decoration. Rangoli is a type of art that originated...
News

If you have been bombarded with the news of a third 'Blue Tick' being added to the WhatsApp...
Fitness

10 Top Benefits of Himalayan Pink Salt for your health

Himalayan pink salt is a type of rock salt that is mined in the Himalayan Mountains of Pakistan....
Technology

As we move into the new year, there are a few smartphone launches to be excited about. In...