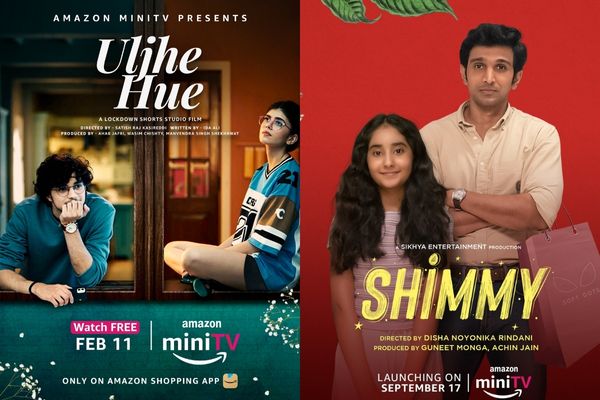 Amazon recently launched its second digital streaming platform Amazon MiniTV in India. The completely free streaming service is quickly becoming a popular OTT platform and even has the capability of surpassing Amazon Prime Video. Those who want to watch the best short movies (mini movies) and web series can easily access them by using Amazon MiniTV for free with the Amazon shopping app. 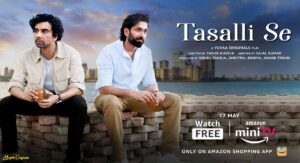 The Amazon MiniTV is aimed at providing a comprehensive shopping experience to online buyers. Amazon has introduced MiniTV in its shopping app itself to provide people with some free cost of entertainment while they are searching for the products they like or cannot come to a decision about what to purchase. Enough with all the talks of Amazon’s business strategy. Let’s discuss the best short movies on Amazon MiniTV without further adieu.

Here Are The 20 Best Short Movies and Films to Watch on Amazon MiniTV Right Now:

Grey is an eye-opener that will make you question the dark realities and unheard truths of life. A girl in her 20s is stunned when her best friend violates the boundaries of consent. She is left grappling with questions of what is black and what is white, or is everything just grey? She seeks help from a therapist to understand what really happened to her and how she can come to terms with it. It’s a sensational short film that should be on your watchlist on Amazon MiniTV.

A beautiful and heartwarming short film that explores the bond between a daughter and her father. Raima, an 11-year-old, is hiding a secret that she somehow wishes to get off her chest but hesitates to tell her father about the same. However, when her father, Amol, realises what’s troubling her little girl, he sets out on a mission to save the day. An amazing story that deserves to be applauded. It’s easily one of the best short movies to stream on Amazon MiniTV.

Dhavak is a fun and engaging story that’s told within just 42 minutes. The short film follows Sudha Singh, a state-level sprinter who is at a crossroads in her life. She can’t come to the decision of whether to settle down in her life by getting married or to strive further and bring the gold medal for India. To find the answer to this, a unique race-swayamvar is arranged.

Are you one of those who are strangely drawn to the videos that show people suffering? Yeah, we know it sounds twisted, but we can’t blame anyone if they are really fascinated by the videos of accidents or unfortunate incidents as the popular media has turned everything into the source of entertainment? This special short film follows a guy who is enjoying merciless accident videos on a website which leads him to a mysterious recommended for you section that turns out to be horrific. An amazing and one of the best short movies on Amazon MiniTV to watch now.

Gupt Gyaan is a fine short film that raises significant questions about sexual knowledge and awareness in Indian society. It follows two 16-year-olds, Ritu and Anuj, who are convinced that Ritu is pregnant when she misses her period once. How will they get out of this mess, or are they really right with their thought process forms the core of this short movie on Amazon MiniTV.

This thrilling short film will astound you with its plot twist. The short movie follows Vishal, a standup comedian who is about to end his life by jumping from the terrace of a building due to believing that he is a big failure. However, just as when he is about to commit suicide, he receives a call which makes him think thoroughly about his decision. The surprise at the end makes it one of the best short movies on Amazon MiniTV.

We have all tried and tested online dating at least once in our lives. While for some of the lucky ones, it turns out to be a dream come true, most are left with bittersweet feelings about their experience in the online dating scenario. The mini-movie is about Rasika, a girl who is left waiting for the first meeting of her online date in real. She bumps into a lawyer who then alters the lives of both of them forever.

Imagine meeting a stranger when you are driving alone in a place where you don’t expect to see other souls around. Sounds frightening, isn’t it? This is what happens in this short film that shows the journey of two people who meet on a silent road. Their chance encounter leads to such twists and turns that you won’t expect to see and hear. It’s highly recommended and one of the best short movies on Amazon MiniTV.

A work-from-home guy who regularly orders online food wakes up tied in a chair with only an exasperated and apologetic delivery girl around him. For what reason has the girl tied him up? Is his life in danger, or is there something deep behind her motive? These questions keep this short film alive for its entirety. An edge of the seat thriller that’s best seen with a bucket full of popcorn.

Tasalli Se is one of the best short movies on Amazon MiniTV that will touch your heart with its beautifully written story about friendship and bonds. The film follows two friends who parted ways years ago due to ideological and political differences. However, when they see each other after a long amount of time, there is animosity between them. Instead, they find a calmness in each other that they can’t discover anywhere else.

Influencers are ruling the world nowadays. No matter how much hate and polarising opinions float about them, one cannot deny their impactful performance in today’s society. This short film follows a female influencer who is about to hit a million followers. She is stuck between the choice to live her life as a peppy content creator or to stay in the conventional marriage with her introverted husband.

A solid romantic short film that tells a heartwarming story in just about 13 minutes. The film follows a young couple who lives in a house that they have emotionally gotten attached to. However, the problem is the estate broker is trying to find new tenants for the house, which they have no intention of leaving. Who will triumph, the lovers or the estate broker? Find out by watching this beautiful short drama.

It’s a hard-hitting short film that deserves to be included in the list of best short movies on Amazon MiniTV due to its daring concept that highlights the vices in Indian society. A wife files a case of domestic violence against her husband in this film that traces how a lack of communication and rigidity between the parents and children can end up destroying many lives.

If you love thought-provoking short films, then you will adore this beautifully written movie that has very likeable and relatable characters. A guy and a girl meet in a conventional Indian arranged marriage setup to decide on their wedding. They talk about various things from profession to interests to adoption and much more. It’s one of the best short movies to watch on Amazon MiniTV if you love hearing good conversations about life in general.

“Ek nazar mein bhi pyaar hota hai Maine suna hai,” remember this line from the late singer KK? Well, this romantic short film breathes life into this line as it follows a single father in his mid-thirties who gradually falls in love with his neighbour next door just by catching a few glimpses of her here and there. The woman he likes is a doting mother, a devoted daughter and a modern working-class female. Will there be any love story for him with her?

The wave of loneliness that hits us sometime in the middle of the night often makes us wonder if it would have been better if there was someone who we could cuddle with or talk about everything that makes us feel weird and strange at times. Well, this beautifully written short film follows a conversation between a journalist and a professional cuddler and evaluates society’s perception of the latter’s occupation. One of the best short movies to watch on Amazon MiniTV to gain a new perception and insight into life.

It won’t be an overstatement to say that the best short movies are much better than the Indian full-length feature films that only explore a pre-set standard of topics. Short films, on the other hand, have a wide range that can impress you with their quirky narratives. Anukul is a unique short movie on Amazon MiniTV that follows the lives of Kolkata folks as the robots have started to replace humans in a futuristic setting.

The veteran Bollywood actor Naseeruddin Shah is also fabulous in whatever role he essays, and this time again, he has proved his charm with a stellar performance. The short film is set on a night when a family get together to celebrate the birthday of the father by feasting on the revered Rogan Josh cooked by the old man himself. However, their union brings out the secrets from the past.

A short film that questions the morality of people when put in a tough and difficult situation. It follows Roshni, a self-defence instructor who is very clear about teaching the girls how to fight on their own. She loathes the men who commit crimes against women and aims to empower the females enough that they can stand up on their own against the criminals. However, her life drastically turns when her brother commits a crime. It’s one of the best short movies to watch on Amazon MiniTV.

The bond between a mother and her son has always been special for its purity and unconditional love. This beautiful short film explores this bond by depicting the life of a woman whose husband has abandoned her for another woman, and her son is asking her to make him meet his father on his birthday. She plans a completely different surprise for him, which she thinks her son will love. A plain and simple but lovely story. It’s one of the best short movies on Amazon MiniTV for all the right reasons.

Adventure movies dubbed in Hindi have their own different appeal for the viewers. Indians love mythological, action-adventures and...
Talent

Deepika Padukone is one of the top actresses in Bollywood, and she is probably the most sought-after Indian...