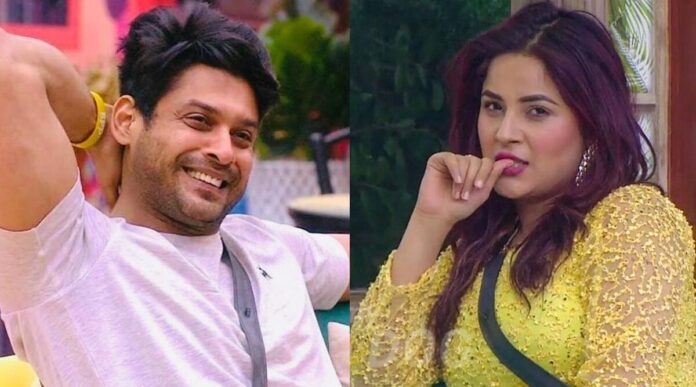 Bigg Boss (BB) frequently reveals the true personalities of its participants. Indeed, the show is so successful that several candidates have gone on to become household celebrities after appearing on it. While participants like Sidharth Shukla and Hina Khan’s reputations among fans grew, common people like Manu Panjabi, Nitibha Kaul, and Manveer Gujjar had their careers boosted after being on the show. Here’s a look at past contestants that benefited from their time on Bigg Boss over time.

She has been succeeding because she has been doing her game not only with her brain but also with her emotions. She’s been a leading player in Bigg boss 16 on the list for weeks because she understands how to strike a balance. Despite her proclivity for arguing, she strives to do what is right.

Sidharth Shukla, the champion of Bigg Boss 13, a most fantastic season of Bigg Boss, was a big celebrity even before joining the show. Shukla had captivated the hearts of billions with performances in programs i.e. Balika Badhu and Dil Se Dil Tak. His popularity increased by a factor of two as a result of his performance on the show. Even though Shukla passed at a young age, his fans remember him fondly.

Nora Fatehi is nowadays a Bollywood dancing superstar, but many people forget that she was also a Bigg Boss 9 contestant (2015). She was a surprise entry who, despite not lasting long on the program, made an impression on fans. Her career has been an intriguing one, from her debut in BB to being one of B-dancing Town’s sensations.

Shehnaaz Kaur, a Punjabi actress, and musician rose to prominence following her appearance on Bigg Boss 13. For better or worse, she constantly made her appearance known on screen and was a force to be reckoned with. Many people thought her infantile behaviors were amusing, and she quickly became a crowd favorite.

Sunny Leone made an appearance in Season 5 in 2005. She was a wild card participant who shared the stage with Bogg Boss 5. But it wasn’t until she moved here that she earned the fame and recognition she has now. Even though she was well-known before Bigg Boss, she was given additional possibilities in movies following her involvement in Bigg Boss.

Rubina Dilaik, the season 14 champion, was one of the toughest Bigg Boss candidates. She has always stood up for herself and has never been afraid to express her opinions. When she deemed it necessary, she even confronted the host, Salman Khan. She was a popular TV actress before this and remains to work in the industry.

Rakhi Sawant gained massive popularity among TV viewers/audiences after appearing on Bigg Boss Season 1. Years ago, in Season 14, she wowed fans once more and returned to the spotlight. Rakhi was one of the show’s attractions, thanks to her crazy behavior in the BB house and battles with other candidates. She subsequently made a debut with a song video.

Hina Khan was already well-known as Akshara from Yeh Rishta Kya Kehlata Hai, but she aspired to escape the stereotype of a conventional bahu. In Bigg Boss 1, she was praised for her fashion taste and clothing selection. The actress was welcomed to the renowned Cannes Film Festival two years ago when she strolled the red carpet with elegance and dignity. She did not win BB, but she did learn a lot.

Artist Rahul Vaidya is no newcomer to reality shows, having been a contestant on one himself. His appearance in season 14 gave him a popular celebrity, and his fame skyrocketed. With frequent Twitter trends, he was a serious competitor for the season’s victor. Dilaik, Rubina.

Manu Punjabi showed everybody that Bigg Boss is a battle of the mind rather than brawn. His techniques on the program were spot on, earning him a reputation as a clever and humorous competitor. He is presently a Youtuber who posts Bigg Boss review clips.

Previous articleAll You Need to Know About Giorgia Andriani, the Girlfriend of Arbaaz Khan
Next articleBhediya Review: Engaging, Entertaining and Exciting
Udit Arora

Shehnaaz Gill, aka Punjab's Katrina Kaif, rose to fame with her stint in the reality show Bigg Boss...
News