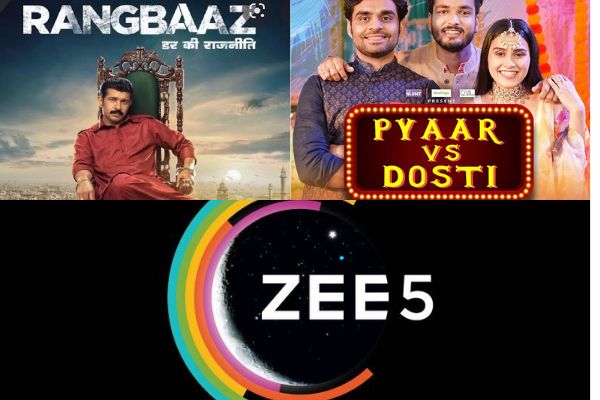 ZEE5 has emerged as a quality content producer in India. The OTT platform has survived and thrived in the highly competitive Indian online streaming space. It churns out loads of films, tv series, web shows and much more every month. Popular Bollywood and Tollywood filmmakers have chosen to release their films through this digital streaming platform in recent times. All in all, you can find a ton of the best movies and shows to watch on ZEE5 that you may not have found anywhere else this week. 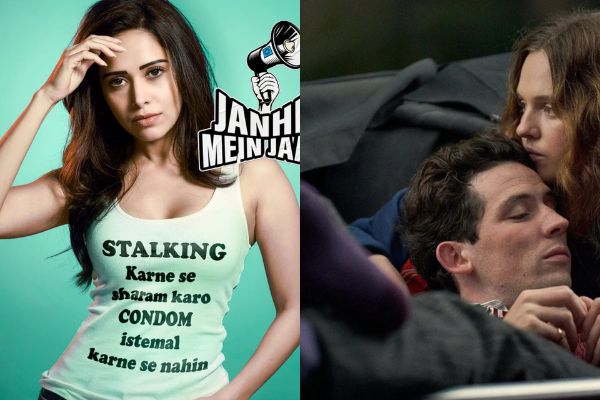 Here are the best movies and shows to stream on ZEE5 this week:

Janhit Mein Jaari is a social comedy that stars Nushrratt Bharruccha in lead role. The satirical film is directed by Jai Basantu Singh. It follows a newly married girl who takes up the challenging role of selling condoms in an orthodox village in Madhya Pradesh. It is one of the best movies on ZEE5 to be added in July. Janhit Mein Jaari has an IMDB rating of 7.1.

Created by Apoorv Singh Karki and Arunabh Kumar Saas Bahu Achaar Pvt. Ltd. is one of the best heartwarming shows to arrive at ZEE5 in the past month. The drama series stars Anjana Sukhani and Amruta Subhash in lead roles. It follows the life of a divorced woman who is trying to set up her own business with the help of her former mother-in-law. She wants to free her kids from the clutches of her ex-husband. The web series has a rating f 8.6 on IMDB.

Satish Ray, Anushka Kaushik and Parikshit Joshi star as leads in this comedy mini-series that aired on ZEE5 in July 2022. The show follows a girl who gets married without letting her childhood best friend know. It causes great trouble for her when her best friend discovers about the wedding. The series is directed by Ambar Verman and has a rating of 8.4 on IMDB.

Read- How to get ZEE5 Free Subscription in 2022? Check out these 4 Ways


This hot movie on ZEE5 will be an exciting watch for those who love thrill and seduction. The movie is about an affair between a housekeeper and her employer’s neighbour. It stars Odessa Young, Josh O’Connor, Colin Firth and Glenda Jackson in lead roles. The film is directed by Eva Husson and has a rating of 6 on IMDB.

Created by Amber Verman for ZEE5, this web series is a hilarious take on the life of engineers in India. It was added to the library of the OTT platform in July 2022. The series stars Satish Ray, Badri Chavan and Radhika Pradhan in lead roles. It is easily one of the best comedy shows streaming on ZEE5 at the moment.

This Hollywood flick is directed by David Siegel and Scott McGehee. The drama stars Owen Teague, Haley Lu Richardson, Asivak Koostachin and Kimberly Guerrero in lead roles. Montana Story follows two estranged siblings who return to the ranch they once loved and admired in order to care for their ailing father. The movie has an IMDB rating of 6.5.

The third season of the popular web series on ZEE5 was released on 28th July 2022. Directed by Sachin Pathak, the show stars Vineet Kumar Singh, Aakanksha Singh, Vijay Maurya and Rajesh Tailang in prominent roles. It is based on the life of a gangster turned politician in Bihar. The show is yet to receive a rating on IMDB, but the early responses are turning out to be favourable.

The Duke, directed by Roger Michell, is one of the best new movies to arrive on ZEE5 in July 2022. It stars Jim Broadbent, Helen Mirren and Matthew Goode in primary roles. The movie is set in 1961 and follows a thief who steals the portrait of The Duke of Wellington from the National Gallery of London. The thief promises to return the portrait if the government starts to spend more on elderly care. The movie is rated 6.9 on IMDB.


Follow Flickonclick to get all the latest updates on technology, entertainment, offers, lifestyle, talent and fitness.