Bipasha Basu has proven herself to be a talented and versatile actress over the course of her career. Among her impressive filmography, these 10 movies are her standout ones. 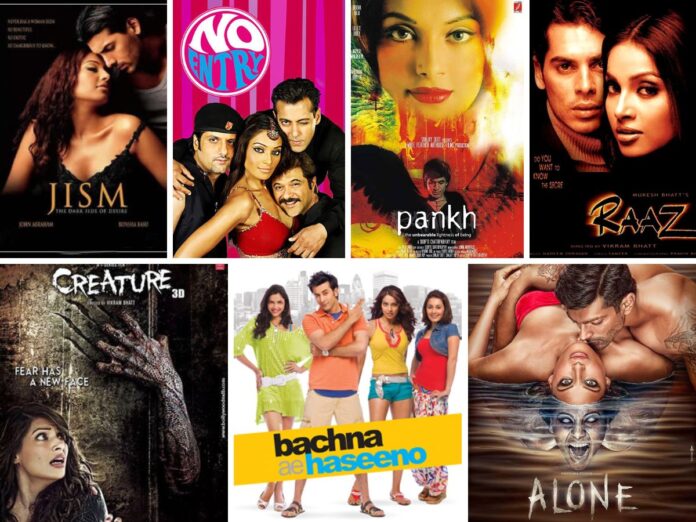 Bipasha Basu is a talented and versatile Indian actress who has appeared in numerous films throughout her career. Known for her beauty and powerful performances, Basu has won numerous awards and nominations for her work in the film industry. In this article, we will highlight some of the best movies of Bipasha Basu’s career.

This steamy romantic thriller marked Basu’s breakthrough role, and she received critical acclaim for her performance as a seductive and manipulative woman.

In this hit comedy, Basu played one of three women who are pursued by a group of desperate and bumbling suitors. Her performance was praised for its comic timing and energy.

This drama follows the cutthroat world of corporate politics, and Basu’s portrayal of a driven and ambitious businesswoman is both convincing and complex.

In this action-packed sequel, Basu played the role of a seductive thief who teams up with a police officer to take down a mastermind criminal. Her performance was full of charisma and intensity, and the film was a major commercial success.

This supernatural thriller follows a couple who are haunted by a vengeful spirit, and Basu’s portrayal of the terrified wife is both convincing and emotionally charged.

In this romantic comedy, Basu plays one of three women who are pursued by the same man at different stages of his life. Her performance as a fiery and independent woman was well-received by audiences and critics.

This drama follows the struggles of a young man who dreams of becoming an actor, and Basu’s performance as his supportive mother is both nuanced and emotional.

In this action-packed heist film, Basu plays a skilled thief who teams up with a group of elite criminals to pull off a major heist. Her performance is full of energy and charisma, and the film was a hit with audiences.

This horror film follows a group of friends who become trapped in a remote cabin and are terrorized by a mysterious creature. Basu’s portrayal of a brave and resourceful survivor is both convincing and intense.

This supernatural horror film follows a woman who is stalked by a vengeful spirit, and Basu’s performance as the terrified protagonist is both convincing and emotionally charged.

In addition to her acting career, Basu is actively involved in various charitable causes and is a strong advocate for women’s rights and health. She is a role model for many young people and is respected for her commitment to using her platform to positively impact the world.

Bipasha Basu has proven herself to be a talented and versatile actress over the course of her career. Among her impressive filmography, these 10 movies are her standout ones. She continues to be a major force in the film industry and is sure to continue captivating audiences with her powerful and nuanced performances.

What are the best Hindi dubbed South Indian movies you have watched on Hotstar till now? You must...