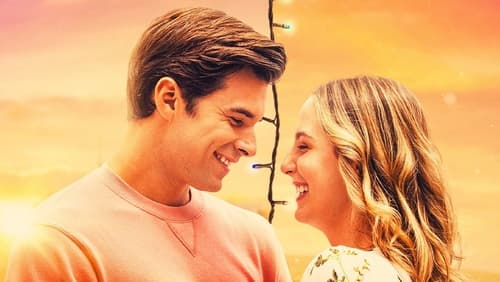 We have already reviewed the film California Christmas. Importantly, which is an excellent rom-com punch that you should add to your watch list for the Christmas holidays with your better half. Unlikely, if you have still not watched. This film will unexpectedly revitalize your love life. Likely, the new sequel California Christmas City Lights is now available on Netflix. What’s New?

So, let’s put them side by side and assess which one is worth the watch.

A California Christmas is formulaic and occasionally falls flat, but it’s still a fun film that will appeal to many people. However, don’t go seeking holiday joy, as the Christmas season appears to be an afterthought.

What’s more intriguing is the wine country backdrop, which plays a role in the film’s ending and resonates more with these folks than their farm escapades like delivering calves and chasing hens. The amateur characters of Leo and Manny, whose beautiful male connection feels like it is truly intended to be a romance, retain respect for wine.

However, real-life married pair Josh and Lauren Swickard have a great connection and both look excellent on camera, which they capitalize on in a slew of early sequences in which he’s shirtless and she’s in hot pants.

He appears less at ease in front of the camera, as does the guy who plays Callie’s neighborhood self-appointed guardian, Connor. The script, also written by Lauren Swickard. Subsequently, drifts through tragedy and romance, keeping you interested until the conclusion. Even, if you can predict the outcome from a vineyard’s length away.

A California Christmas is a romantic comedy movie featuring some language, mild nakedness (topless male), kisses, and the funerals of parents and loved ones. There is a lot of alcohol drinking and discussion about wine attributes in this film. Furthermore which is set in the wine region.

There are also moments in a pub where the lead character serves part-time as a bartender, including one in which one male actor, accused of being drunk, initiates a fight with another. This movie is a perfect punch of romance, thriller, and comedy and is worth watching. You can now Stream full California Christmas movie on Netflix.

Callie and Joseph have been staying together for a year and are pleased than ever running the farmland and vineyard. However, family and business obligations push him back into town, endangering their love. Late last month, an official trailer for A California Christmas: City Lights was revealed. Clearly, portraying Joseph and Callie living along just fine on a ranch.

Rather than snowy vistas and horse riders, the first California Christmas is a romantic love ballad to San Francisco. The film was made during the COVID-19 shutdown and depicts the country’s beautiful farmland, dairies, and vines.

The sequel collects a year after the popularity of the first film, immersing audiences in the lives of Callie and Joseph. The love is pushed to the limits now.

They are about to marry. Nevertheless but plans are put on hold when Joseph is summoned to the village to supervise his dad’s business. Callie is taken aback by Joseph’s metropolitan lifestyle. Moreover which leads to a dispute, as well as the rest of the story. California Christmas City lights is now available to watch online. Click here to watch this movie on Netflix.

Both films California Christmas and California Christmas City lights are entertaining and worth watching. Likely with plenty of humor, romance, love problems, and thrills. We recommend watching both films with your better half this Christmas holiday. Both parts are strongly bound to one another. You can get loopholes in their love lives by viewing the second portion/Chapter of the movie. Although, the true pleasure and satisfaction come from seeing both parts in order.

Murder mystery often provides a different type of thrill that you just cannot get from an ordinary investigative...
Offers

Excited to watch Netflix for free? Nobody doubts that, and everyone would graciously take it. But that isn't...
Entertainment

Get ready to watch the best hollywood movies that are going to release in March 2021. It is...