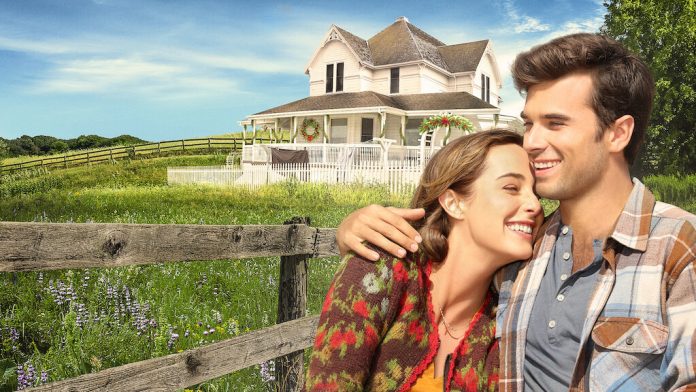 Who would like to miss a rom-com movie at the time of Christmas? Everybody knows that Christmas is all about watching romantic movies with your loved ones. And, that’s why Netflix is back again with a story full of love, betrayal, obstacles, and romance, named ‘A California Christmas’, which will excite you the most because this time Lauren and Josh Swickard (real-life married couple) will be on the screen one more time and will be showing you a truly romantic story. So, without any further delays, let’s start the discussion.

So, the story of California Christmas goes like this – Van Aston Enterprises is looking forward to buying a farm that they want to turn into a warehouse and they are willing to pay any amount for that piece of land. After trying personally by herself, Mrs. Van Aston could not convince the ranch owner to confirm the deal as Callie Bernet (Lauren Swickard) has memories of her dead father and fiancé with this farm. After realizing that no spell and no money would work on this young lady, Mrs. Van Aston finally asks his son Joseph (Josh Swickard) to step-in and negotiate with Callie before Christmas. Although Joseph agrees to do the task when his lifestyle and position at the company are at stake.

So, Joseph leaves for the farm with a contract in his hand. However, after reaching the farm he realizes that he has been mistaken for a ranch hand named Manny. He knew that the money won’t trick this lady, so he plans to remain in disguise as Manny until he gets close to Callie and her family consisting of a mother named Wendy (Amanda Detmer), a younger sister named Hannah (Natalia Mann), and Callie herself.

Joseph continues to work on the property in order to learn more, get close to Callie, and win everybody’s trust. After spending quality time together, they both were getting close to each other, but a perfect love story is not complete without a major misunderstanding, right? So, what will happen next when Callie will come to know that Joseph is a silver-spoon city-slicker who is sent by his mother to make a deal? Will the gap between them get widen or get small?

But one thing is for sure that this movie is filled with humor and will deliver a happy ending which is going to put up a great smile on your face in the end. And, once ‘A California Christmas’ moves beyond all the scene-setting and starts sending cutesy beautiful montages, a lot of the artificiality drains away, and the chemistry between the Swickards truly radiates through.