After hearing the new privacy policy of WhatsApp and observing huge mishaps like chat links of private WhatsApp groups were seen again on Google, made everyone cautious about their privacy and data which the company is sharing with its parent company Facebook after declaring it officially. That’s why many WhatsApp users are now thinking of switching to other messaging applications like Signal which has also been recommended by Elon Musk through his Twitter handle. We know that there are many questions which must be bugging your mind like – Should you use Signal instead of WhatsApp? Is your data safe with Signal? All your queries will be answered in this article.


Many of you must be wondering, what is Signal? Because generally, nobody has ever used or explored any other messaging app other than WhatsApp, so the occurrence of doubts is quite obvious. Signal is also a messaging app just like WhatsApp, but the only difference now is that all the messages sent and received in this application will be end-to-end encrypted which we no longer can experience in WhatsApp. Signal lets you send messages, make regular calls, and video calls in groups too via the internet. Signal’s USP (Unique Selling Point) is its prime focus on the privacy of its users.

The Signal app is easily available on different platforms like Android, iOS, Windows, Mac, and Linux, although the app can only be signed in via Android or iPhone. Once the account has been set up, then you can easily sync it to any of your other devices like an iPad or a computer. The best feature of this application is that it doesn’t require the device in which it is signed in to be active all the time, this application will still work even your phone is switched off. 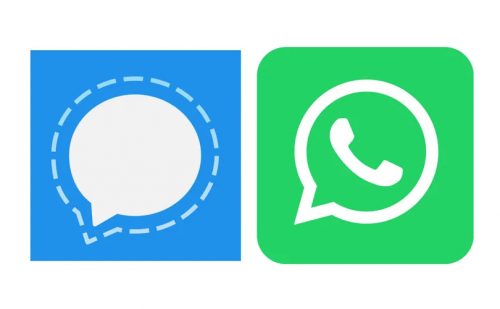 Privacy issues have always been a major concern for people and this time too, users who are wondering to switch from WhatsApp to Signal, seem to carry a bag full of doubts that whether Signal is safe or not? Well, we would like to inform you that currently, Signal is the most secure messaging and data transfer app that you must use right now. Recently, Elon Musk has been found encouraging people to use Signal app on his Twitter account, and the famous American whistle-blower Edward Snowden also recommended Signal. Signal was the first app to launch an end-to-end feature before WhatsApp, which means it is difficult for others to keep track of your conversations. It also features an additional security step such as requiring a second password at the time of login (other than OTP) in other devices, biometric authentication, etc.Users to Switch to Telegram and Similar Apps as Whatsapp’s New Privacy Policy Sets in


Signal will always be better than WhatsApp as long as it continues to provide privacy features to its users. But using Signal can never be your decision alone because if your entire social circle is still on WhatsApp, then your decision doesn’t matter and you have to continue WhatsApp no matter how appealing Signal is.

An obvious reason to use Signal as your only messaging application is that the company’s business interest never clashes with your privacy and its main goal is to provide you a platform where you are free to communicate with others without being spied on. WhatsApp privacy issues have been on air since a couple of days back, that the company’s new policy seems to breach the privacy issues which is a major concern for everyone, with Facebook declaring its intentions to use chats for advertising and exposing WhatsApp group chat links in public which are only one Google search away.

Are you looking for ways to maximize WhatsApp on your iPhone or Android device? We are on your...
News

WhatsApp has continuously enhanced the user experience and has added various new features from time to time. Like consumers...
News

New Whatsapp Features- Messenger Giant Whatsapp is always on their toes and keeps updating the app for its...
Lifestyle

In the period of lockdown, people are forced to live a sedentary lifestyle. Nothing much to do, they...
News

FAU-G, which will be an India version of PUB-G by the Bangalore based developers Ncore games is soon...
Technology

Mobile apps are one of the best and smartest ways to build a brand presence. It can help...