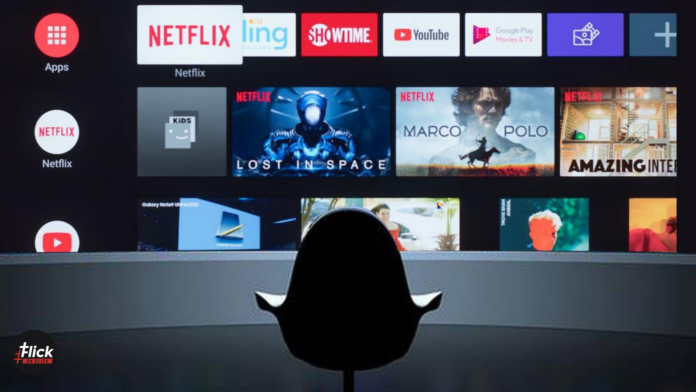 OTT platforms are home to a sea of various contents of different genres. You must have been spending most of your leisure time watching the OTT web series and movies, we are sure. There will be lots of series and film releases in February. Let’s look at some of them.

OTT platform Netflix releases various anticipated web series and movies every month, and February is no exception to that.

This genre stars Taapsee Pannu and Tahir Raj Bhasin in pivotal roles. The film is a Bollywood remake of the 1998 German cult classic Run Lola Run. When Savi’s gambler boyfriend Satya loses a mobster’s money, she races against the clock to get Rs 50 Lakh in 50 minutes. What follows is an adventure ride whose flavor you’ll get once you watch this 2hr 11 min film on Netflix on February 4.

Madhuri Dixit is making her Netflix debut with this web series. Finding Anamika was the initial name of the show. Sanjay Kapoor and Manav Kaul also star in the show, Apart from Dixit. Madhuri Dixit will play the role of Anamika Anand, a big Bollywood star. If you want to know what follows in the series, log in to Netflix on February 25.

This romantic film is an adaptation of a 2016 novel written by Venezuelan author Ariana Godoy. It features Julio Peña and Clara Galle in the leading roles. Raquel’s has been crushing on her neighbour Ares Hidalgo for a long time. But will Ares ever fall in love with Raquel? On February 4, The rom-com film will be released on Netflix.

Also Read: Movies From Birthday Girl Deepika Padukone That Can Be Watched Twice

Amazon Prime has revealed its February streaming list, and we can’t wait anymore.

The much-talked film, Gehraaiyan will release on February 11. It revolves around love, marriage, and infidelity. Deepika Padukone, Ananya Pandey, Siddhant Chaturvedi and Dhaira Karwa star in the lead roles. Coming from Karan Johar’s production, this romantic drama film is a much-anticipated one.

Reacher is a crime thriller based on Killing Floor by Lee Child. Alan Ritchson plays the role of the police investigator who is accused of murder falsely. Hence, he must figure out things before it becomes too late.

Season 4 of The Marvelous Mrs Maisel is back. This Emmy-winning drama starts in a new decade: 1960, and Kayli Carter has a recurring role in the series. Nevertheless, it took only two years for the team to return with its new season. The show will return with stand-up comedian Midge Maisel and her grumpy manager and a dysfunctional family. Log in to Amazon Prime on February 18 to know what happens next.

Disney+ Hotstar will host this new-age murder mystery series on February 4. In this series, Vicky Rai is murdered at a party. Subsequently, Richa Chadha and Pratik Gandhi play the role of the detectives who need to find out the real culprit, based on Vikas Swarup’s bestselling novel Six Suspects.

The eight-part season of SonyLIV will revolve around the friendship and personalities of Dr Homi J. Bhabha and Dr Vikram Sarabhai. Dr Bhabha is the architect of India’s nuclear energy program, and Dr Sarabhai is the father of India’s space program. The series will also explore the work of these two pioneers. Hence, mark the date: February 4. Log in to your Sonyliv account to watch this exciting series.

If you're a big Netflix fan, then you need to know what the biggest OTT has for you...
Offers

Hot and Bold series often makes for an engaging and sensational watch. The suspense in these series generates...