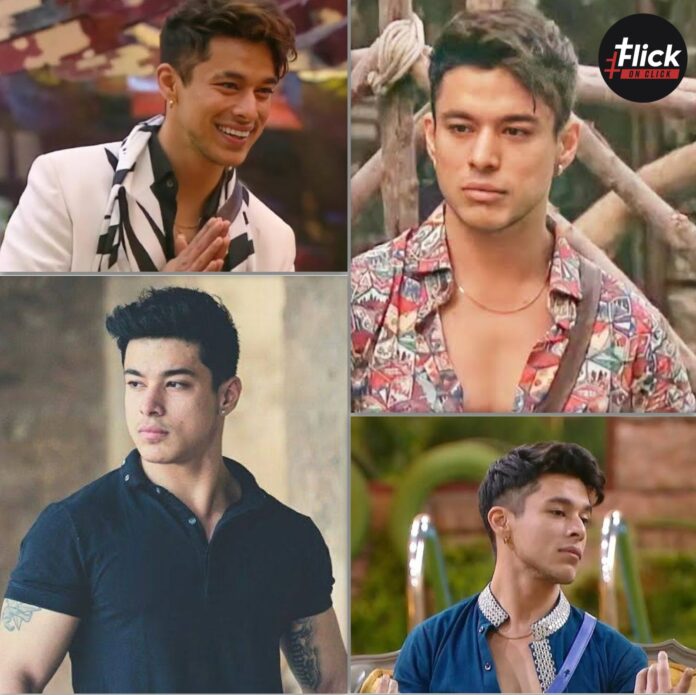 We don’t get everything we deserve! Right and that’s life. Tejasswi Prakash has won Bigg Boss 15’s prized trophy. However, we are unhappy since we believe Pratik Sehajpal did deserve to win the title. Flickonclick explains why.

Bigg Boss 15 concluded with a legend grand finale on January 30. Nishant Bhat, Pratik Sehajpal, Karan Kundrra,  Tejaswi Prakash, and Shamita Shetty the program’s five champions, succeeded to steal the affections of their fans and stay on the program for 4 months.

The finalists were evicted one by one, and Tejasswi and Pratik stayed on stage for the memorable scene. Although, Legions of supporters must have predicted Pratik’s victory. Whereas, many celebrities were even barracking for him.

Why is Pratik Sehajpal the rightful and deserving winner of the Bigg Boss 15 Awards?

Pratik, the first announced Bigg Boss 15 competitor, performed admirably in the house. He was fearless and frequently participated in high-stakes brawls with co-contestants. Pratik Sehajpal not only had strong views in the house, but he also shared them with his co-contestants with complete conviction.

He was a strong-willed individual who never got into foolish, unpleasant arguments with others for the sake of filming. Instead of discussing with others, he would say anything to someone’s mouth if he didn’t like it. Many people are aware of Pratik Sehajpal’s furious tantrums in the house. He was frequently involved in several disputes within the family and constantly projected the appearance of an angry man. This, however, is what keeps the program fascinating.

His attitude kept the other contenders guessing. Pratik was never scared to stand up for what he believed in. Moreover, Bigg Boss candidates have frequently been chastised for not being genuine.

Everybody tries to pass themselves off as someone else to gain more votes. Pratik, on the other hand. Throughout his time in the house, he has never done or said anything absurd to obtain footage.

Pratik Sehajpal added by saying “I couldn’t believe it when she came on the show and told me how much she loved me. I’ve seen her interviews, and she stated that she has never gone out of her way to encourage someone on the show. She did not need to do it. I’m sure she saw something real in me or could relate to me. I am grateful to her and everyone else who helped me”

Pratik Sehajpal frequently started trending on social media even though he had no scheduled social media trends to back him. His admirers were constantly there to save him from expulsion.

Fans have already proclaimed Pratik the rightful champion of Bigg Boss 15. The tag ‘Pratik Did deserve the BB Trophy’ became viral on social media. Additionally, It had over 8 million Twitter posts with the hashtag.

#PratikSehajpal you are my winner n always will be! U did extremely well, loved ur journey n ur passion towards the game n the show! Stay blessed, lots of love n blessings for ur future @realsehajpal

Celebs Agree Pratik Sehajpal is the rightful winner of the trophy

Pratik Sehajpal has not only earned the hearts of his admirers, but many celebrities are cheering for him as well. As a result, when he defeated Tejasswi, many people were outraged. Gauahar Khan posted on Twitter, “Laughter!!

The stunning quiet in the studio during the announcement told it all. #bb15 There is only one rightful winner, and the entire world witnessed his brilliance. #PratikSehajpal.  “You won people’s hearts. You were the favorite of every single person who came in, and the general public adores you. Keep your head held up.

LoL!!! The silence in the studio at the announcement said it all . #bb15 there is only one deserving winner , n the world saw him shine . #PratikSehajpaI you won hearts . Every single guest who went in , you were their fave , the public loves you . Keep your head held high .

Read More: Shehnaaz Gill: Life Journey of the Girl Who Needs No Introduction

Previous articleWhat To Watch on Netflix, Amazon Prime Video, and Other OTT Platforms This February
Next articleJanhvi Kapoor gym transition from chubby to beautiful will motivate you to get fit
Udit Arora