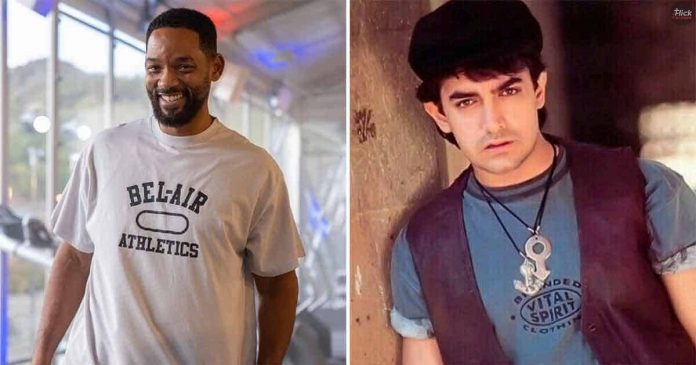 We all have at least watched a single episode of Indian Idol in our growing years as this is one of the most popular singing reality shows in the country. The show has created an immense fanbase over the past decade and its popularity has reached Hollywood too with stars like Will Smith coming to Indian Idol. This singing reality show is currently running its 12th season with judges Neha Kakkar and Himesh Reshammiya amongst others.

The show has welcomed many star guests on its platform mostly for the promotion of their films but back in its second season a special guest appeared that made the episode really exciting and still it is replayed sometimes by many viewers. H

ollywood star Will Smith made his appearance in one of the episodes of Indian idol 2nd season and it was his first time visiting India.

Everyone knows this man as a brilliant actor but before becoming a successful actor, Will was a popular singer and rapper who has done many stage performances and released many singles. On his appearance, he really had fun on the stage with performers and judges. In Indian Idol, Will Smith  sang Aamir Khan’s song ‘Aati Kya Khandala ‘which is from his popular film ‘Ghulam’ also co-starring Rani Mukherjee.

It was entertaining watching Will sitting amongst the contestants and repeating the lines of the song. He beautifully pronounced Hindi words that made everyone surprised even including the host at that time, Mini Mathur, despite being his first visit to India. Singing wasn’t the only thing that the actor did on the show, he also took some time to give a pep talk to the contestants.

It is really hard to believe that he is aging as the highly energetic ‘Hancock’ superstar stood up on the couch and started shouting at the top of his lungs displaying enthusiasm and surprised Mini who was sitting beside him.

Will Smith was last seen in one of his biggest blockbuster films, Bad Boys for Life and next will be seen in his upcoming movie ‘King Richard’, where he is portraying the real-life character of Richard Williams. Well, who doesn’t remember Sir Richard? He was the father as well as coach to prolific tennis stars Venus and Serena Williams.

What do you think of Will Smith singing a Hindi song? And, how many of you remember watching Will Smith in the show of its second season? Let us know in the comment section about what you feel after hearing Will’s voice.