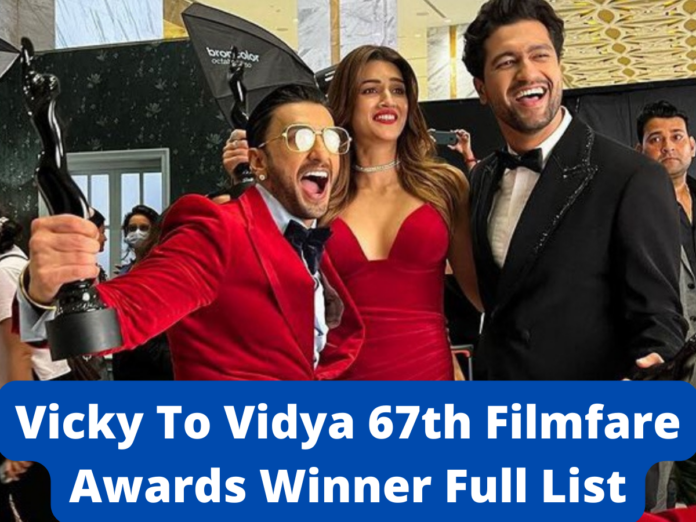 India is the world’s biggest and oldest film producer, and it hosts national competitions to honour the greatest movies and promote the industry. However, Bollywood is not the only film industry in India, it is a popular choice because of its enormous domestic and international fan base. 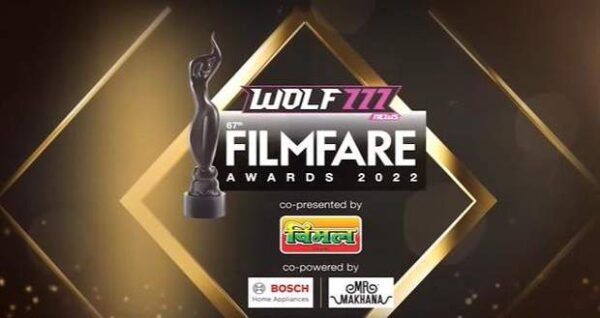 At the 67th Filmfare Awards winners ceremony 2022, which were presented on Tuesday night, Ranveer Singh and Kriti Sanon were named best actors and actresses. Ranveer got the highest acting award for his superb performance as former Indian cricket great Kapil Dev in Kabir Khan’s 83. Kriti won for her part as a surrogate mother in the highly acclaimed movie Mimi. 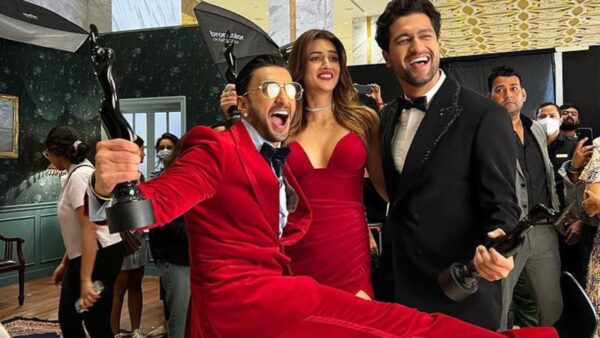 Shershaah, starring Sidharth Malhotra and Kiara Advani, was named the best movie, while Vishnuvardhan won the best director for the biographical war drama based on the life of Vikram Batra, a Kargil War martyr. Sidharth Malhotra portrays both Vikram Batra and his identical twin brother Vishal Batra in the movie Shershaah. 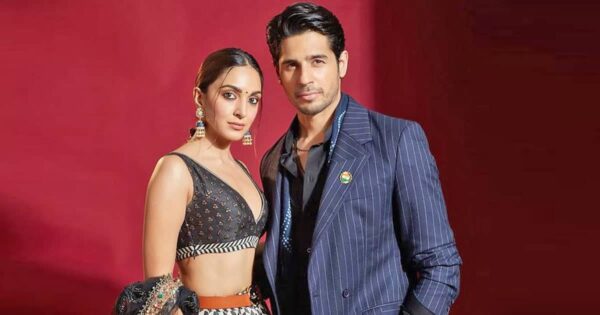 Vidya Balan was also recognised as the best actress for the movie Sherni, in which she plays a stern forest ranger named Vidya Vincent who guides a group of villagers and trackers in an effort to capture a tiger tigress while combating discrimination in both the workplace and the home. 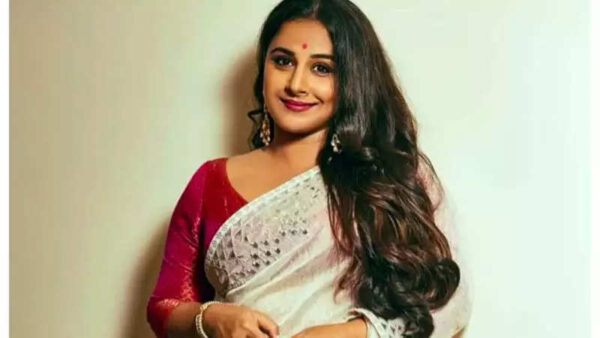 Vicky Kaushal won the best actor prize for his outstanding portrayal in Sardar Udham, which tells the tale of revolutionary leader Udham Singh, who shot Michael O’Dwyer in London in retaliation for the Jallianwala Bagh massacre. Additionally, Sardar Udham won the award for the best movie among critics.

Where to watch the 2022 Filmfare Awards ceremony?

The awards presentation will be broadcast live on August 30 on Colors Cineplex and Colors. Facebook offers a live feed of the programme as well.

The performance will begin in Mumbai, Maharashtra, at 6 o’clock. You can see this six-hour production by purchasing tickets for Rs 3,500 for each person.

The night also saw some other deserving winners like Ranveer Singh, who won the Best Supporting Actor award for his role in Gully Boy, and Amitabh Bhattacharya, who won the Best Music and Best Lyrics awards for the film. Overall, it was a night to remember for all the right reasons!

Shah Rukh Khan turns 57 today on 2nd November 2022 and remains the unrivaled king of the Indian...