Check out the salary of Varisu cast members! 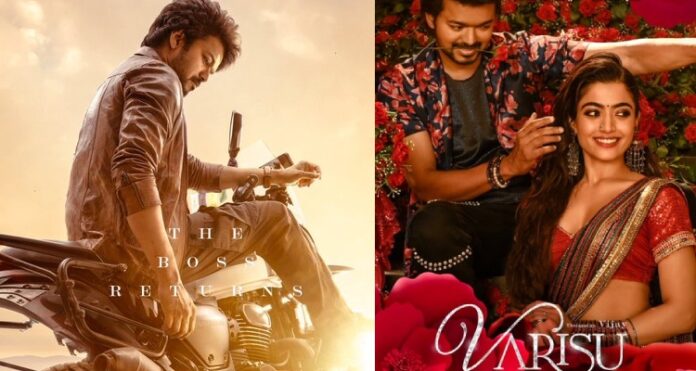 Varisu, an upcoming Tamil language movie which was earlier titled Thalapathy 66 as it is the 66th movie of Thalapathy Vijay in the leading role, recently dropped its trailer, and YouTube is buzzing with the massy level of the film. Varisu is officially slated to release on 12th January 2023 in the theatres. The movie stars Thalapathy Vijay, Rashmika Mandanna, Prakash Raj and others in the main roles. Varisu is made at a huge budget of Rs 200 Crores, and the cast of the film has got huge pay cheques for their roles. Here we have covered the fees of all the main cast members in Varisu.

Thalapathy Vijay, the main lead in Varisu is charging a whopping fee of Rs 100 Crore. He is one of the handfuls of actors in the Indian film industry who gets this huge amount as his salary for the movie. Rashmika Mandanna is going to play the female lead in Varisu, and she is being paid a hefty amount of Rs 4 Crore for her role. With this fee for the movie Varisu, Rashmika Mandanna has become one of the top-paid actresses in Kollywood.

Jayasudha, a veteran South Indian actress, has reportedly hiked her per movie fee and is charging a substantial amount of Rs 75 Lakhs as her salary for Varisu. On the other hand, Prakash Raj is taking home Rs 1 Crore as his salary for the Varisu movie. The filmmakers have also paid a good amount to Prabhu, as he is getting Rs 50 Lakhs for his role in the film.

Varisu will release in the theatres on 12th January 2023. In addition to Tamil, the movie will also be released in the dubbed Hindi and Telugu version as well.

If you found this article about Varisu cast salary interesting, please share it with your known ones.

Varisu box office collection day 2 is estimated to be around Rs 16.2 Crores. The movie is earning...
Entertainment

Rashmika Mandanna is a hot and bold Indian actress who has an insane fan following. She came into...
Entertainment

Varisu, the upcoming Tamil movie which stars Thalapathy Vijay and Rashmika Mandanna, is made a massive budget of...
Entertainment

Varisu starring Vijay and Rashmika Mandanna, released in the theatres on 11th January 2023, and finally the Amazon...