Apple is suggesting all its iPhone and iPad users update iOS 14.4 as soon as possible because hackers have found a way and breached the security that makes it easier for them to break into iPhones and iPads. 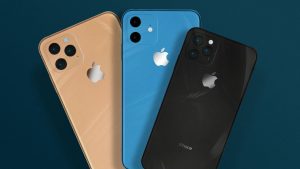 Without any further delay, Apple released the iOS 14.4 update on iPhone and iPad 14.4 on iPad, the other day. And, before updating you can look into the information which says that these two updates are for the bug fixes and some other minor features.

The company also published the update details on their official website so that iPhone and iPad users will be completely aware of this new critical update and it did acknowledge that three vulnerabilities were patched in the new software.


The company highlighted on its support webpage that three security flaws may have been actively exploited. Apple has strictly said that the users need to cautious about their details and requested not to disclose, discuss or share their personal information with anyone until the company probes the matter and patches or releases are available.

We got to know from sources that Apple has found a remote hacker who was behind breaching the security level and has been able to cause arbitrary code execution, and affected Kernel, an Apple developer framework.

Last year, many websites with numerous open-source codes were found by Google researchers that allowed hackers to infiltrate iPhones. The code in iOS13 exposed contact details on the iPhone with the need for any passcode or biometric identification.

Apple did mention the bugs on its support webpage:

Available for iPhone 6s and after models, iPad Air 2 and after devices, iPad mini 4 and higher variants, and iPod touch (7th gen)


Impact: A malicious application may be able to elevate privileges. Apple is aware of a report that this issue may have been actively exploited.

Description: A race condition was addressed with improved locking.

Available for iPhone 6s and after models, iPad Air 2 and after devices, iPad mini 4 and higher variants, and iPod touch (7th gen)


Impact: A remote attacker may be able to cause arbitrary code execution. Apple is aware of a report that this issue may have been actively exploited.

Description: A logic issue was addressed with improved restrictions.

ALSO READ: Apple iPhone SE Plus Rumored to Be in The Works: Here’s What You Need to Know

Previous articleApple iPhone SE Plus Rumored to Be in The Works: Here’s What You Need to Know
Next articleNew Biometric Authentication Feature from WhatsApp for Logging in on Your Desktop
Flickonclick

Apple who's known for high-quality products worldwide ready to launch the first apple online store has been following...
Technology

Instagram Lite version expands to 170 countries, regardless of the phone one possesses, connecting to a network and...
Offers

The famous Flipkart Big Billion Days are here from 29th September to 4th October and if you're a...
Technology

The Big Billion Day sale has something for everyone but when you're getting an iPhone SE for cheap,...
News

Apple will hold its annual developer's conference in June 2022, and many new details are coming about the...