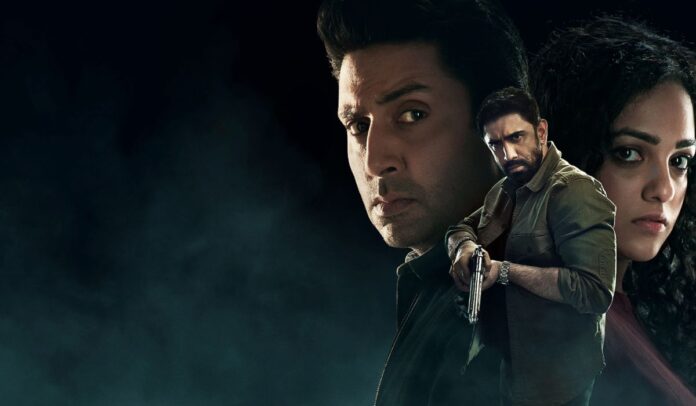 The month of October 2022 has been magnificent in the context of online premieres on Amazon Prime Video, with Indian new shows creating a stir among entertainment enthusiasts. The eagerly anticipated new season of Four More Shots Please! provided us with both joyful & sentimental experiences during the holiday season, whereas the third season of Flames exposed us to the subtle melodies of friendship and romance. So Flickonclick has listed 7 Upcoming shows and movies on Amazon Prime in November 2022

Maja Ma, starring Madhuri Dixit, showed a unique piece of content amid the dazzling time of Diwali. Fans can anticipate the same from digital behemoth prime video in November 2022 to release the latest gripping show with fantastic storylines.

Breathe: Into the Shadows Season 2

Breathe: Into the Shadows is one of the best Indian criminal thriller Upcoming shows and movies available to stream on Amazon Prime in November 2022. The series starring Abishek Bachchan in a major role returns with a brand-new season and an even more chaotic plot. Avinesh Sabharwal (Abhishek Bachchan) learns that his six-year-old daughter has been abducted. To save her, he needs to kill 10 people and demonstrate how far he is prepared to go to protect his child.

Season 1’s ending stunned viewers by revealing a slew of surprising facts. As a result, it will be fascinating to see a unique saga unfold in the future season, particularly with fresh additions to the main cast members. Fans are also looking forward to seeing Avinesh’s life change as he encounters a new character while dealing with his personal challenges.

Set in 1950s Britain, the film tells the heartfelt narrative of three people: a Policeman, an elementary school teacher, and a museum curator. Romance, deception, and remorse come in handy since these three go on a life-changing adventure. The Michael Grandage-directed film, starring Emma Corrin, Harry Styles, and David Dawson, will be available on Amazon Prime Video beginning November 4th.

This Upcoming show on Prime Video is a must-see because of its unique premise, which depicts a homosexual romance in a period when we were far from open-minded and modern. However, the actors and their sorrowful tone make this harder than the usual tragic love story.

The sci-fi drama The Peripheral, which debuted on Prime Video in October, will continue to air the latest episodes commencing November 4. A woman discovers a hidden link to a different universe in the future when technology has fundamentally changed civilization. Furthermore, she has her own troubles and mysteries that could ruin her life completely.

The Peripheral has succeeded to keep the interest of its viewers from its release, presenting an epic sci-fi plot. It will be exciting to see how the tale will appeal to the public in future episodes streaming this November on Prime Video.

The English is a tale about vengeance and identity, as well as a one-of-a-kind story about romance, strength, and ethnicity. The upcoming western drama series will feature Cornelia Locke (Blunt), an Englishwoman who journeys toward the West in 1980 to get payback on the guy she thinks is guilty of her child’s death.

There, she encounters Eli Whipp, a Pawnee Nation native, and former scout with whom she has a legendary background. Cornelia and Eli’s bond will let her explore the New World and overcome the deadly obstacles that will certainly challenge their tolerance and capabilities, both physically and mentally. The English is one of the best Upcoming shows and movies with six action-packed episodes that is going to stream on Prime Video on Nov. 11.

Autumn Beat is an Italian coming-of-age story that follows siblings and aspiring Milan rappers Paco (Abby 6ix) & Tito (Hamed Seydou) as they unite their diverse talent to break through into the music world and imprint their impression on the world.

The People We Hate at the Wedding

The People We Hate at the Wedding, based on Grant Griner’s great novel of the same title, starring  Allison Janney, Kristen Bell, and Ben Platt and chronicles a broken mixed-race family as they forcefully celebrate the wedding of their rich half-sister at a beautiful English mansion.

Troubled siblings Alice and Paul sadly agree to join the expensive soirée alongside their mom Donna, and the three are confronted with old scars and sentiments that compel them to reconcile and deal with their troubles all through the thrilling week. This amazing movie will be available to stream on November 18 on Prime Video.

According to Collider, the miniseries will concentrate on the problems of contemporary marriages and romantic relationships and will feature Michelin star chef Jamie (James Corden), whose life changed abruptly once he finds some terrible facts about his spouse Amandine (Melia Kreiling).

Jamie begs the assistance of his brother-in-law Jeff (Colin Morgan) to find answers and fix his difficulties. Jeff, in contrast, is dealing with complications concerning his own wedding to Jamie’s sister, Lue (Sally Hawkins). In summary, spectators will witness the two couples trying to rescue their love, connection, and families.

Previous article
9 Best Bollywood films you should watch only on Sundays
Next article
Aamir Khan net worth 2022: His rich lifestyle will stun you
Flickonclick Team

Are you a Bengali and find it hard to discover good Bengali movies to watch online? While...
Trending

Much anticipated wait is over. Salman Khan made the formal announcement of Bajrangi Bhaijaan 2 at the RRR...