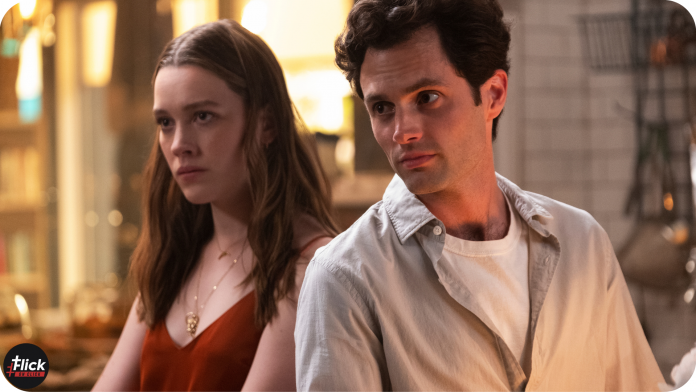 Netflix’s very famous ‘YOU’ is coming back for another season, and this time it’s going to be even more intense than before. Netflix dropped a trailer for the same on their YouTube channel yesterday, and since then, it’s the only thing in the limelight regarding the OTT space.

If you’ve been a fan of the show and watched the last two seasons, then you already know what’s in the bag for you. Maybe you’re even waiting for season 03 of YOU.

If not, then we must tell you that the story revolves around a serial killer psychopath who tends to find love and get in enormous amounts of tantrums and dangerous situations in search of the same.


But as soon as he gets what he wants, things change for the good and what follows is a mystery to be unveiled only when you watch the show.

Yes! We’re careful not to drop any spoiler. But wait! The following section is full of them, so if you’re proceeding, then it’s at your own risk.

In the trailer that we analyzed yesterday, we can see that Joe is living a happy life with his love, but things are about to change as they both have the exact animalistic nature, which can’t be cooled down just with a talk more.

The trailer is filled with blood, gore, anger, dead bodies, romantic strangling, and whatnot, but what less to expect from the very intense ‘YOU’?


Seeing the trailer almost 05 times in a row, again and again, made us aware that this season will be the one we’ve been so looking forward to.

Nonetheless, the other seasons were great, but this has just set the bar a tad too high. We expect the trailer to justify the complete show on its launch, scheduled for 15th October 2021.

Previous article6 New Movies and Shows To Be Released Today on Netflix, Zee5 and other OTT
Next article“Little Things” Final Season to Release on October 15 Only on Netflix
Flickonclick

Disney+ Hotstar has established itself as a major entertainment hub with the daily introduction of new and interesting...