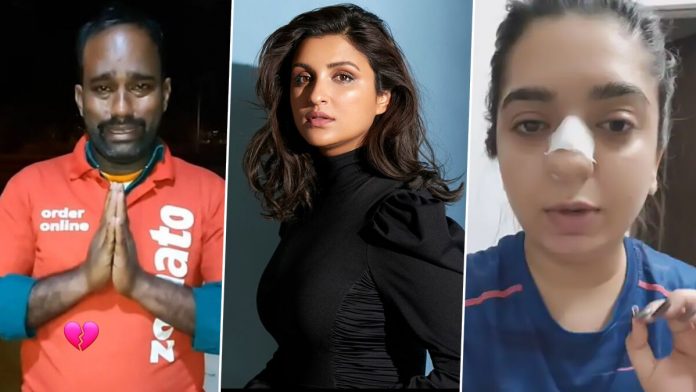 Earlier this week, Hitesha Chandarnee, a social media influencer, took to Twitter a video of her getting assaulted by a Zomato delivery executive after placing a complaint on him for late delivery. 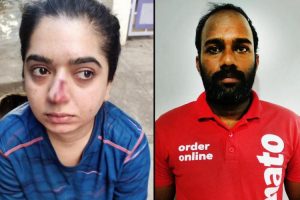 Zomato revealed in a statement that it had suspended the worker who is now out on bail after being arrested and is covering the costs of both the delivery executive- Kamraj and Hitesha.

Although Kamraj pitifully pleaded innocent and denied all the accusations against him, the investigation is still in process. Zomato is doing all it can to help Kamaraj and Hitesha and find out the truth. Meanwhile, many celebrities have tweeted on the same.

Rohit Roy and Kamya Panjabi, the two famous T.V. stars, extended their support to the delivery boy and expressed their opinion in their tweets.

Kamya, the famous F.I.R. star, wrote on social media requesting Zomato not to fire the delivery executive. The Big Boss contestant went as far as tagging the official handle of Zomato to state that, according to her, Kamraj seems innocent.

Kamya was not the only one to sympathize with Kamraj’s innocent eyes. Rohit Roy also raised comments on how the delivery man could be innocent as it would show in his eyes and body language he was not lying.

This wasn’t all. A south-Indian actress Pranitha Subhash demanded action on the same, claiming that if Kamraj’s side of the story turns out to be the truth, Hitesha must get sewed for her false accusation and mischaracterization.

Yesterday, the Girl on the train star Parineeti Chopra requested the concerned authorities to be sound about the truth and offered Zomato any help that she can provide.

Although many celebrities are increasingly extending their support to Kamraj on their Twitter and other social media handles, there are no updates about the investigation and the truth about the incident.

All we can do now is fight for an open, public truth and wait as the concerned authorities look deeper into the matter.

Previous article
Top 5 Movies on Voot Select, Disney+ Hotstar and Lionsgate Play to Smash Your Weekend Boredom
Next article
7 Best Shilpa Rao Songs That Will Make You Fall in Love with Her
Flickonclick

Gaurav Gupta Cofounder Of Zomato Quits, Get To Know The Full Story Now

Gaurav Gupta, the co-founder of the recently IPO gone company and one of the most successful companies in...
Offers

How to Get Free Zomato Pro Membership in 2022? Here are a Few Tips and Tricks

Zomato, the most popular food delivery brand in India, has introduced the Zomato Pro membership, which is an...
News

Apple has been out with the iPhone 12 and one thing which is definitely changed from the previous...
Technology

Uunchai Movie Review: The beautiful bond of friendship is wonderfully explored in this emotional and inspiring movie. All...