Whether you prefer drama, comedy, action, or sci-fi, there's a film for everyone on this list. 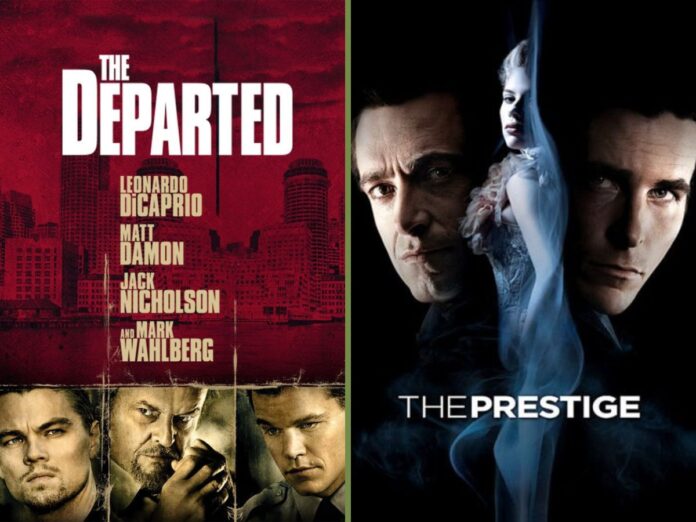 Movies have the power to transport us to different worlds, make us laugh, cry, and think. There are countless films out there, but there are some that are truly special and have stood the test of time. If you’re a movie lover, you should definitely make an effort to watch these 10 movies at least once in your life.

This classic gangster film is often cited as one of the greatest movies ever made. It follows the story of the powerful and influential Corleone family, and the rise of its youngest member, Michael, to the head of the family business. The film is a masterpiece of storytelling, with memorable performances from the entire cast, especially Marlon Brando as the patriarch, Vito Corleone.

Considered by many to be the greatest film ever made, “Citizen Kane” tells the story of Charles Foster Kane, a newspaper magnate whose life is explored through a series of flashbacks after his death. The film is known for its innovative use of cinematography and its complex narrative structure. It features a legendary performance by Orson Welles, who directed, produced, and starred in the film.

This drama follows the story of Andy Dufresne, a man who is wrongly convicted of crime and sent to prison. Despite the hardships he faces, Andy befriends fellow inmate Ellis Boyce and the two men form a strong bond that helps them survive the harsh realities of prison life. The film is a heartwarming tale of friendship and hope, and it features stellar performances from Tim Robbins and Morgan Freeman.

This iconic film, written and directed by Quentin Tarantino, follows the interconnected stories of various criminal characters in Los Angeles. The film is known for its nonlinear narrative structure, witty dialogue, and memorable performances from its ensemble cast, including John Travolta, Samuel L. Jackson, and Uma Thurman.

This psychological thriller follows the story of two rival magicians in late 19th-century London, who become obsessed with one-upping each other and creating the most spectacular illusion. The film is a tantalizing exploration of the blurred lines between reality and deception, and it features standout performances from Hugh Jackman, Christian Bale, and Michael Caine.

This classic thriller follows the story of Clarice Starling, a young FBI agent who seeks the help of the infamous Dr. Hannibal Lecter. This is in order to catch another serial killer who is still on the loose. The film is a gripping tale of psychological manipulation and horror, and it features unforgettable performances from Jodie Foster and Anthony Hopkins as Starling and Lecter, respectively.

This classic film is set in the Moroccan city of Casablanca during World War II. It follows the story of Rick Blaine, a cynical American ex-pat who becomes involved in the fight against the Nazis. The film is known for its iconic dialogue, memorable characters, and powerful themes of love and sacrifice, and it features memorable performances from Humphrey Bogart and Ingrid Bergman.

This groundbreaking sci-fi film tells the story of Neo, a computer programmer who discovers that the world he knows is just a simulated reality created by sentient machines. The film is known for its innovative special effects, thought-provoking themes, and incredible action scenes, and it features standout performances from Keanu Reeves, Laurence Fishburne, and Carrie-Anne Moss.

This crime drama, set in Boston, follows the story of two men on opposite sides of the law: Billy Costigan, a police officer working undercover for the Irish mob, and Colin Sullivan, a member of the mob who has infiltrated the police department. The film is a gripping tale of deception and betrayal, and it features fantastic performances from an all-star cast, including Leonardo DiCaprio, Matt Damon, and Jack Nicholson.

This classic film takes place entirely in a jury room as jurors deliberate a verdict in a case. The film is a powerful exploration of the human capacity for reason and bias. It features a standout performance from Henry Fonda as Juror 8, the lone holdout who tries to persuade the other jurors to consider the evidence more carefully.

These are just a few of the many amazing movies out there that you should make an effort to watch at least once in your life. Whether you prefer drama, comedy, action, or sci-fi, there’s a film for everyone on this list. So grab some popcorn, sit back, and get ready to be transported to different worlds and experiences through the magic of cinema.

Drishyam 2, is one of the best South Indian thriller movies starring Mohanlal, Meena, and Ansiba Hassan in...
Entertainment