Here's an overview of Thalapathy Vijay's net worth, including his car collection, annual income, per movie charges, and many more. Check it out! 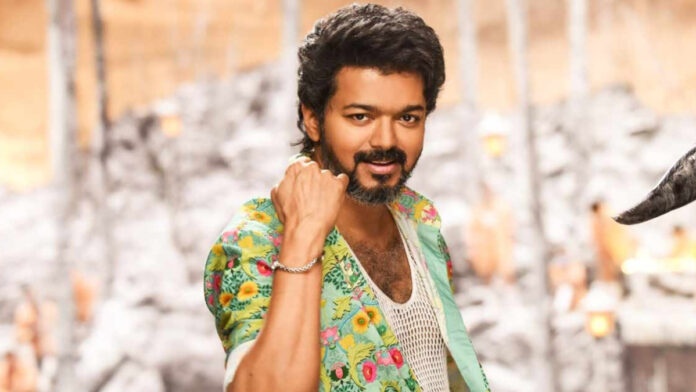 Vijay Net Worth 2023: Thalapathy Vijay, aka Joseph Vijay Chandrasekhar, is a highly successful South Indian film star with an estimated net worth of USD 56 million (approx. INR 445 crores). He earns an estimated annual income of INR 45 crores, mainly from movie fees and brand endorsements. He charges around INR 120 to 130 crore per film and earns an additional INR 5 to 10 crore annually from brand partnerships, such as with Coca-Cola and Tata Docomo.

In this article, we will delve into the details of Thalapathy Vijay’s net worth, film career, cars, houses, and per movie charges. With a career spanning over two decades, Vijay has starred in 65 movies with his 66th being released in January, and is currently working on his 67th film.

Thalapathy Vijay is the leading actor in the South film industry and is known for his high paychecks. He is currently the highest-paid actor in the South film industry. He charged INR 100 crores for the film Beast, directed by Nelson Dilipkumar, and maintained his status in the “100 crores club” by receiving a substantial payment of INR 150 crores for his next film, Varisu, which was released on January 11. This increase in his remuneration solidifies his position as one of the highest-paid stars in Tamil cinema.

Thalapathy Vijay has several brand endorsements that earn him an estimated INR 10 crores per year. His portfolio includes partnerships with Coca-Cola, the Chennai Super Kings in the Indian Premier League, and other brands. He carefully selects his brand collaborations due to his popularity. According to reports, he earns an estimated INR 10 crores annually from these endorsements. Vijay is also a brand ambassador for multiple international brands and sports teams.

Thalapathy Vijay began his career as a child actor in the film Vetri, which was released in 1984. He then took on his first lead role as an adult in the 1992 film Naalaiya Theerpu when he was 18 years old. He had his first major success in 1994 with Rasigan, but it was the 1996 film Poove Unakkaga that truly established him as a recognizable star and earned him widespread praise for his performance.

His last three releases, Mersal (2017), Sarkar (2018), and Bigil (2019) were all blockbusters and among the highest grossers in Tamil cinema. Vijay is set to collaborate with filmmaker Lokesh Kanagaraj for his 67th film, a highly-anticipated gangster thriller that has been in the news even before its release. This project, referred to as Thalapathy67, is one of the most eagerly awaited films in the South Indian film industry.

Thalapathy Vijay owns a collection of luxury cars, including a Rolls Royce Ghost valued at approximately INR 6 crores, an Audi A8 worth INR 1.30 crores, a BMW series 5 worth INR 75 lakhs, a BMW X6 worth INR 90 lakhs, and a Mini Cooper worth INR 35 lakhs.

Thalapathy Vijay House and Other Properties

Thalapathy Vijay is one of the wealthiest actors in the Indian film industry, and he owns multiple luxurious homes in cities such as Chennai, Thiruporur, Vandalur, Thirumazhisai, and Tiruvallur. He currently resides in a grand seaside bungalow located at Casuarina Drive Street in Chennai’s Neelankarai neighborhood, which is valued at nearly INR 70 crores according to Housing.com.

Q. What are the per movie charges of Thalapathy Vijay?

A. Thalapathy Vijay gets a paycheque of INR 150 crore per movie.

Previous article
Top 10 Movies You Have To Watch At Least Once in Your Life
Next article
Chiranjeevi Net Worth 2023: Per Movie Charges, Income, Cars, Houses, and More
Mohan Nasre

Varisu, the upcoming Tamil movie which stars Thalapathy Vijay and Rashmika Mandanna, is made a massive budget of...
Entertainment

Varisu, an upcoming Tamil language movie which was earlier titled Thalapathy 66 as it is the 66th movie...
Entertainment

Tom Cruise Net Worth is US $620 Million from all sources of income in 2023. He is one...
Entertainment