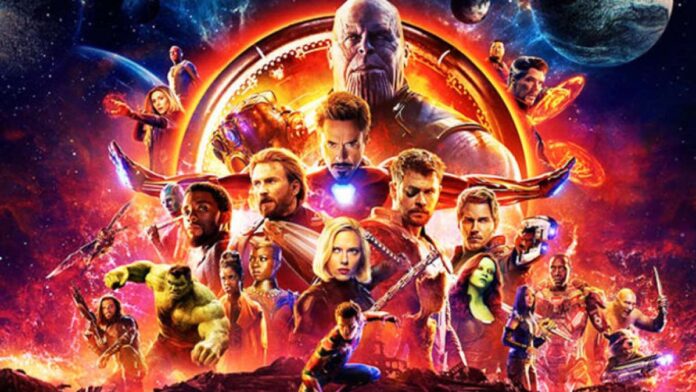 Science fiction is one of the most diverse and flexible genres, giving you goosebumps when you witness the incredible graphics and screenplay. Sci-fi movies provide something to be both aspired to and scared of, making them one of the best genres to watch. Here are the top Sci-fi movies on OTT that will make your current reality feel progressively more like a fantasy.

OTT Platforms allow you to watch your favorite or most recent sci-fi genre Hollywood movies dubbed in Hindi. With this latest arrival, you can now watch some excellent Hindi-dubbed Science Fiction Hollywood movies on a huge screen with your family rather than alone.

Mad Max: Fury Road is a remake of the Mad Max film franchise from the 1980s. Even though the legendary three-film series became a cult favorite during its initial run in the 1980s, the latest installment in the franchise, Fury Road, arrived 30 years later. In the remake version, Tom Hardy takes up the character of “Mad” Max Rockatansky from Mel Gibson. Charlize Theron plays the female protagonist in the film. If you missed the original, Mad Max: Fury Road 2015 is one of the best Sci-Fi movies available to Stream on Amazon Prime Video.

The main character awoke confined in a cryogenic unit and had to find out who she was before oxygen ran out. To begin with the pros, the first two-thirds of this film was quite typical of claustrophobic suspense. Certain things were built up before the twist. The usual buildup was compensated for by an intriguing final third act.

Avengers: Endgame, one of the most famous Hollywood Sci-Fi movies on Disney+, is without a doubt the best mixture of science fiction, intrigue, thrill, and excitement tangled up in an explosive bundle. This film, a successor to Avengers: Infinity War, features a star-studded ensemble and some exciting action sequences. What exactly are you waiting for? Check it out immediately now on Disney+ Hotstar for the exciting thrill.

If you enjoy the zombie outbreak notion in Hollywood movies, here’s another to add to your list of best Sci-Fi movies. The 2007 film features Will Smith as Neville, the only survivor besides night monsters after a virus pandemic kills out all mankind in New York City. The movie depicts Neville as he attempts to create a cure while protecting himself and his dog from the monsters. Will Smith’s presence makes the movie a must-see.

Hellboy II: The Golden Army is one of Netflix’s top sci-fi movies that will shatter your head. Guillermo del Toro’s science fiction film combines brilliant aesthetics and excellent enjoyment. The sci-fi film has a lot of action scenes and well-drawn characters. When we speak about the plot of this fantastic thing to stream on Netflix, we see how Hellbound and his team band together to confront the evil ruler of Nuada, who seeks to resurrect the Golden Army. This Netflix sci-fi film contains more drama and comedy than other fantasy films.

The Shape of Water, a romantic fantasy drama, is an incredibly well-conceived and nuanced film that relates the narrative of a mute cleaner at a high-security federal facility who falls in love with a humanoid amphibian species in custody. This breathtaking film, one of the greatest Sci-fi movies on Disney+ Hotstar, will keep you enthralled till the very end.

Tenet is a recent Time Travel Movie on Amazon Prime that is released in Hindi. Dimple Kapadia, an Indian veteran performer, also appears in the flick. The film, helmed by Christopher Nolan, is just another example of his great, yet convoluted tale woven into a feature picture. For Indian sci-fi fans, Nolan is already a popular name. As a result, airing Tenet on Amazon Prime in a Hindi-dubbed edition allowed the platform to reach a larger audience than a typical Hollywood film.

The Wandering Earth, China’s second-best movie of all time, is the country’s biggest spectacle to date, proving that the Chinese Movie Industry can retain its own when it comes to implementing big-budget sci-fi movies that are comparable to their Hollywood equivalents in terms of excellence and magnitude. It is a spectacle to see, even on a 52-inch TV, and will stand as a perfect example of what a cinema can deliver when an audacious concept is expertly blended with superlative visuals. Without a question, one of the best Sci-Fi movies on Netflix.

Guardians of the Galaxy Vol. 2

Guardians of the Galaxy Vol. 2 is an entertaining film that will take you on a rollercoaster ride trip. It is about the Guardians’ quest from across the galaxy to assist Peter Quill to find more about his mystery ancestry. Are they a great achievement? What do they come across on their journey? Check out this popular sci-fi movie on Disney+ Hotstar to find out what Quill discovers about his ancestors.

Luc Besson filmed the 2014 French sci-fi film, Lucy. Scarlett Johansson plays Lucy, who gets telekinetic abilities skills when a nootropic, hallucinogenic substance is taken into her veins. Although the plot did not win over critics, Lucy was a big office hit thanks to its theme, graphics, and Johansson’s outstanding performance. Sign in to Amazon Prime to view Lucy in Hindi right now.

Hrithik Roshan has delighted Bollywood fans with his best movies for over two decades now. He debuted in...