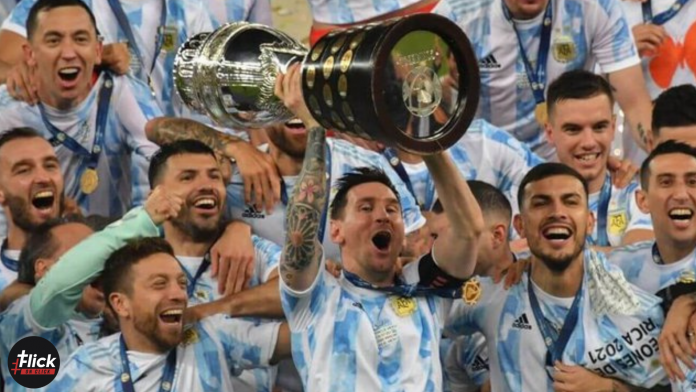 Finally, we’ve got to see an international trophy in Messi corner when playing from his national team, Argentina. And for the nation, yesterday’s win ended their 28 years of wait and got them Copa America’s trophy. 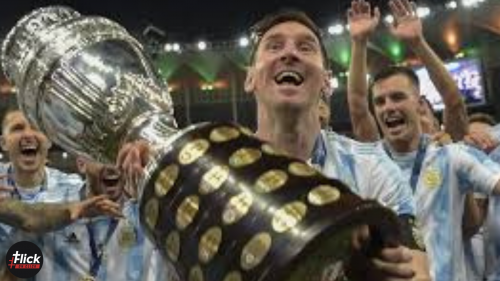 Angel Di Maria becomes the star for Argentina as he scored the only goal in the complete match which led to the victory of his team against the host, Brazil by 1-0.

“It’s a great title, especially for our people. The fans support the team unconditionally. I think they can identify with this team that never gives in,” said Argentina coach Lionel Scaloni.

Moreover, social media has gone crazy since last night and the only thing we came across from yesterday is the news of Messi and Argentina being the Copa America Champion.

Di Maria scored the goal in the 22nd minute and from there onwards, the team focused completely on ‘How to Get The Title’ and they did eventually.

While Argentinian fans were happy, Neymar and the audience who were rooting for Brazil were disappointed.

But Messi did came to Neymar’s rescue, while his team was celebrating, he went straight to his ex-Barcelonian mate and consoled him first. He did party afterward but he did come forward for his junior and star player, Neymar.

Yesterday marked quite an important date in the life of Messi as he did manage to win his first international title in his entire career from his home team. The last time Argentina celebrated like this was in 1993 at Copa Final in Ecuador.

To celebrate the moment, the whole world united into one, be it a Messi fan, a Ronaldo fan or even Messi haters were on his side. 10th of July was the moment for Messi, Just like the 10th of July in 2016 was the day for Ronaldo as he won his first international major 05 years back.

For more news like this, tune into Flickonclick’s Google News page and be updated.

The famous Flipkart Big Billion Days are here from 29th September to 4th October and if you're a...
Offers

ZEE5 is one of the most extensive streaming services for South Asian entertainment on the globe. ZEE5 is...
Entertainment

Kiara Advani is one of the top actress going around in bollywood right now. Along with her  mind...
Technology

Reacting to someone's Story on Instagram is a very smooth way to slide into someone's DMs. But, a...
Technology

If you're looking for a smartphone upgrade during this festive season, you're just on the right time. The...
Entertainment

Scream VI is going to release in the theatres on 10th March, 2023. The hit horror franchise has...
Entertainment

FIFA World Cup 2022 has finally come to end with Lionel Messi settling the GOAT debate once and...
Fitness

There is a lot that we humans have to do in order to stay fit and healthy. And...