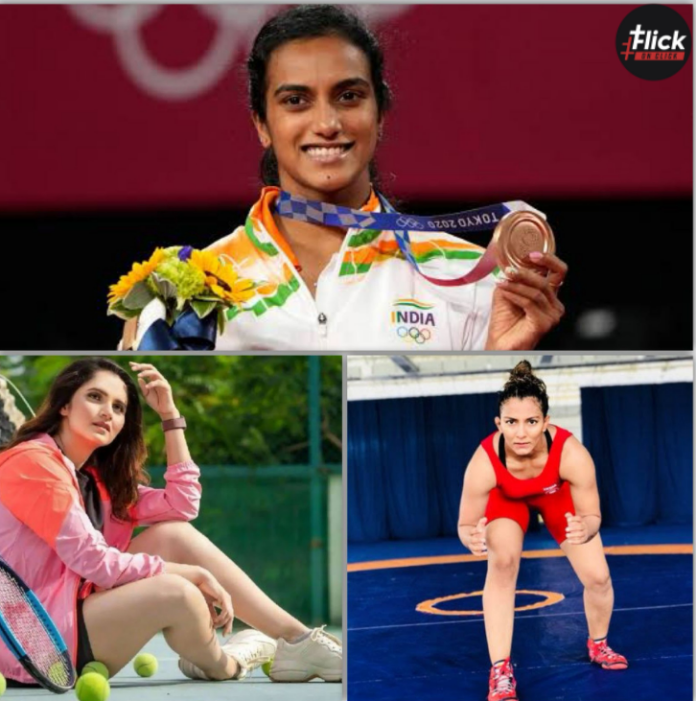 Things aren’t simple for Indian sportswomen in the country. Every day, they watch how guys who perform the same jobs as them are lauded and paid more. How men are questioned about their future in sports, and how women are questioned about marriage. How people are still more concerned with their appearance than with their athletic ability. It still doesn’t break their spirit, and for that simply, they deserve a lot of praise.

Here is a list of the 8 Indian sportswomen who have represented our country successfully.

Sania transformed Indian tennis by commencing at the age of 16 and holding the number one ranking in pairs for 91 weeks. And in what way? In the women’s doubles division, Sania Mirza took the world number one ranking for 91 weeks in a row. That’s a long period, and it’s no wonder that she’s one of the country’s biggest athletic idols. Sania had turned pro at the tender age of 16, and there was no turning back for her. She is India’s 1st and only Indian Sportswomen to achieve six major championships

Mithali Raj, the skipper of the Indian cricket squad, is the highest scorer in women’s global cricket and the only female player to break the 6,000-run barrier in one-day internationals. She is also the only Indian cricket skipper, male or female, to have led India to two World Cup finals.

Geeta Phogat, a professional wrestler, became a national celebrity after winning a gold medal in fighting at the Commonwealth Games (2010), something that no wrestler, male or female, had ever done. She is also the youngest Indian female wrestler to qualify for the Summer Olympics (2012), where she finished third. 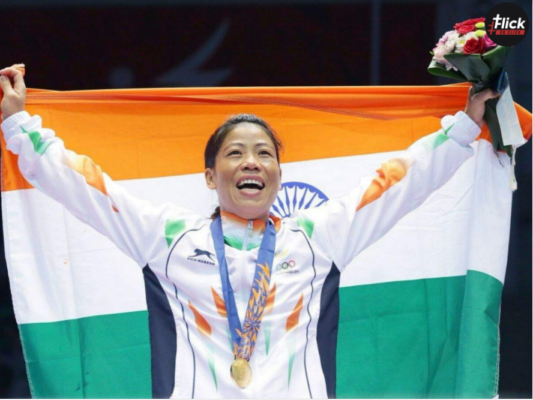 Being a fighter in India is difficult enough, let alone being a women boxer. As a prospective boxing pro, Mary faced numerous challenges, but she triumphed over all of them. ‘Brilliant Mary’ is a five International Amateur Boxing winner and the only female boxer to have won medals in all six world tournaments. The Padma Bhushan recipient is the 1st Indian sportswomen to earn a gold title at the Asian Games in Incheon, South Korea, in 2014.

Saina Nehwal, the 1st Indian badminton player to earn an Olympic medal, is entirely responsible for the tournament’s popularity in India. She is the 1st Indian sportswoman and 2nd Indian shuttler to be classified one in the globe. Hence, she has received the Arjuna Medal, the Padma Shri, and the Padma Bhushan for her accomplishments.

The Indian delegation did not fare well at the 2016 Summer Olympics in Rio de Janeiro, collecting only 2 medals. What’s the silver lining? Both were achieved by women, one of which being Sakshi. With this accomplishment, she became the 1st Indian female wrestler to earn an Olympic medal. Sakshi began wrestling at the age of 12 because she was born into a wrestling household.

PV Sindhu was 21 years old when she became one of the brightest sportswomen in the country and the only Indian to capture a silver medal in badminton at the Olympics. Sindhu, the world’s current rank three, is the nation’s first woman to earn a silver title at the Summer Olympics. The fact that she accomplished this at the age of twenty made it even more amazing since she is now the nation’s smallest athlete to place on the podium in an individual race.

Dipa did not abandon her goal of being a gymnast despite being blessed with a flat foot, and we praise God for that. She became an international phenomenon for all the correct reasons. Moreover, following her spectacular spell at the Summer Olympics in 2016 when she narrowly missed out on a bronze medal. Coming from a low-income family, the Tripura girl was conceived with a flat foot and overcame all physical and economical obstacles to represent India worldwide.

In an unfortunate turn of events, the incredible Indian Hockey Women’s Team lost 4-3 to Great Britain at...
Trending

The Middle East will feature the FIFA World Cup, the most prestigious football championship, for the first time,...
Trending

With Costa Rica's 1-0 victory over New Zealand in the qualifying match, all 32 teams have now been...
News

Rains were predicted that day at The Gabba in Brisbane, but the Indian batsmen made sure to rain...
Talent