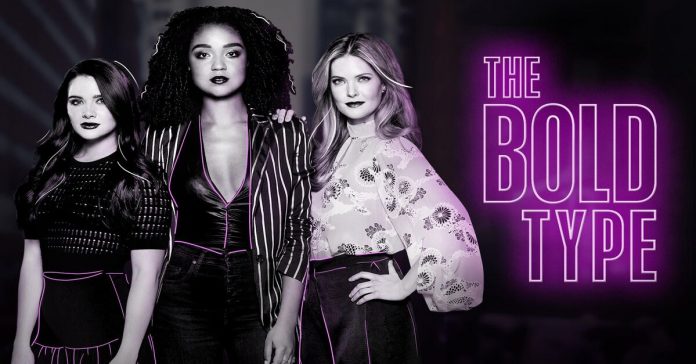 The Girls are back for one last fashion closet gala, The Bold Type, starring Katie Stevens, Meghann Fahy and Aisha Dee. The Bold Type features a feministic take on the lives of three bold, inspiring, young women who are optimistically pulling through life amidst societal pressures.

Whilst all the fans were left devasted after the fourth season without any updates for renewal, Freeform has finally come out with the big news. It is now officially confirmed that the Bold Type is coming back for a fifth and final season. 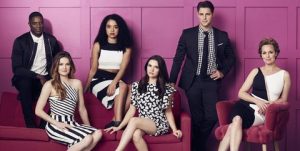 On Thursday, Freeform made an official announcement that the show will be back for its last season every Wednesday from May 26 at 10/9c. The management also jeered the bold type fans with small hints and blurbs about the plot of season 5.

The drama is set in the fashion world sporting 6 episodes. Each episode presents Kat, Jane, and Sutton on the brink of finding themselves as they face plethora of forks.

As per the official intel on the future synopsis of the series, season 5 will feature our three beloved women going strong in both their carrier life and friendship.

Furthermore, Nikohl Boosheri is set to reprise her role as Kat’s ex-girlfriend Adena in the series and will be a major recurrent character. Whether or not, if the couple will hit it off remains a mystery.

Additionally, to spice the hype more, it has been revealed that guest star Carson Kressley will be the season opener.

Season 4 was wrapped up in a haste due to the COVID-19 pandemic. It left us hanging with Sutton going back home after things went down with her husband Richard and loading up on her mom’s secret booze stash. Ending Sutton’s story with things getting escalated between drunk her and her now married ex-boyfriend, Kat’s story was not very different.

Kat is shown stressing over things with Eva, putting her in a complicated situation. Jane on the other hand challenges Jacqueline over sabotaging an inappropriate workplace story.

The show runner, Wendy Straker Hauser had some intense comments to make about the series. Looking into the future of The Bold Type season 5, Wendy remarked that the Bold type breaks all the stereotypes and presents a realistic take on the contemporary period.

Never shying away from discussing the rage of feminism and its pseudo portrayal in the world, the bold type, Wendy asserts has so much potential to go deep into the niches of today’s biased and tainted conversations and challenge them.

Wendy also hinted about wanting to include women of color and their backgrounds in the story. However, she ended her statement by declaring that given the chance to explore such intense themes, she would ever-so-happily take them up and adapt it into the series.

Don’t forget to keep tabs on our daily articles to be updated about the show’s status and new announcements.

Previous article
Abhishek Bachchan Got Thumbs Up from Father Bachchan For His Film ‘The Big Bull’: Mother Is Superstitious and Aishwarya Hasn’t Seen It
Next article
5 best movies released this Friday on OTT platforms that you need to check out
Flickonclick

While battling against The Queen’s Gambit has been everybody’s favorite since the day of its release as it...