Amazon Prime just had its big releases last week. After releasing the dubbed versions of the much anticipated V and Soorarai Pottru, many picture have been released on April 9. Check out 5 best upcoming, brand new movies released this Friday on Amazon Prime, Netflix and Disney Plus Hotstar. 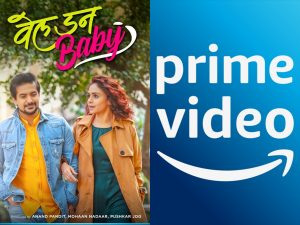 Starring Melissa McCarthy and Octavia Spencer, Thunder force narrates the story of two alienated and estranged childhood bestfriends who reunite for a kickass superhero duo. The catch is that one of them experiments and invents a new formula that converts common people into super heroes.

Malevolent, dark forces shakes up a black family who move to an all-American white neighborhood. What we need to find out is if they will remain shook and haunted by the horrors of it or not.

Man on run from terrifying mobsters, meets an eccentric women in an island and that changes the course of his fate and destiny. It is the journey that makes him fall. Directed by Park Hoon-Jung, this Korean crime drama will blow your mind.

Also Read- Abhishek Bachchan Got Thumbs Up from Father Bachchan For His Film ‘The Big Bull’: Mother Is Superstitious and Aishwarya Hasn’t Seen It

Directed by Priyanka Tanwar, Well done baby features actors like Pushkar Jog and Amruta Khanvilkar. It narrates the tale of a sweet couple who are expecting and projects the journey through and after the break of the pregnancy news. It is a warm fun-filled rollercoaster of emotions that you need to check out this weekend.

Also read- KRK to not review The “Big Bull”

Previous article
The Bold Type is Back With a Fifth and Final Season: Here Are Everything You Need to Know About it
Next article
Top 5 Shows Releasing on OTT This Week to Rescue You From The Mental Lockdown
Flickonclick

If you are a series fan, then Marvel's Moon Knight has surely been one that you wish to...
Entertainment

No matter what sector of the film industry it belongs to, comedies are a vital and crucial component....