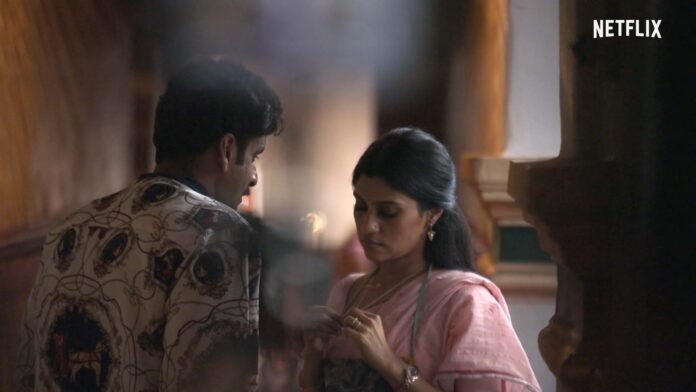 If you like offbeat tragedies and dark humor, the teaser for Konkona Sensharma and Manoj Bajpayee’s upcoming series Soup has been revealed. Today morning, the first teaser for Manoj Bajpayee and Konkona Sen Sharma’s new show Soup was released. The dark comedic thriller has a solid excellent cast, and the hallucinogenic trailer raised a few eyes, leaving fans wondering and interested. Abhishek Chaubey of Udta Punjab and Ishqiya fame directs the show. 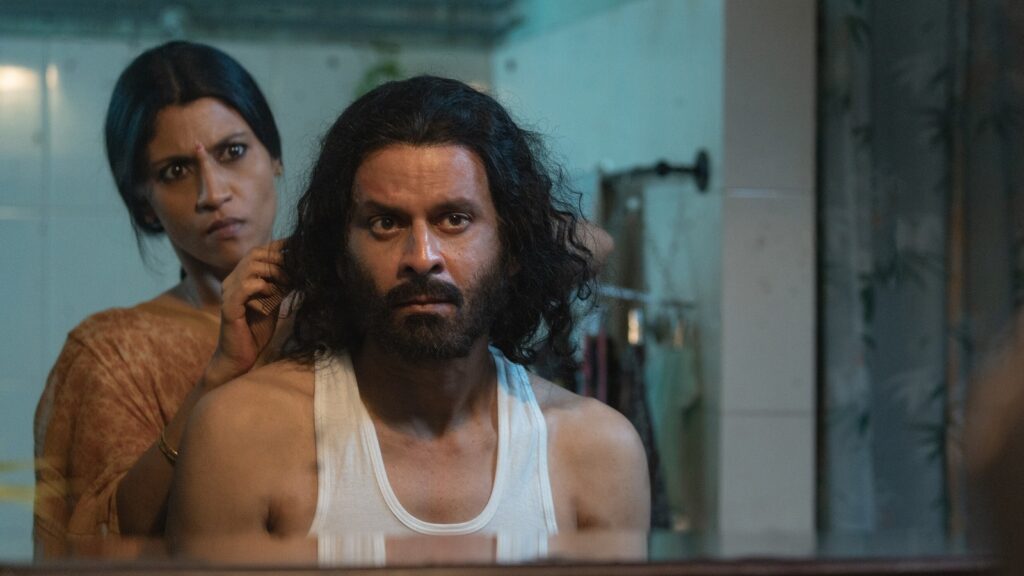 The one-minute teaser begins with a Victorian-era artwork of Manoj Bajpayee with his eyes chopped out and somebody peeping from behind it. A montage then presents the main protagonists, including a bleeding Manoj with an eyepatch, a perplexed Nasser, and a conniving Konkona Sen Sharma.

Konkona can be seen in the background stating, “If this works out, just imagine, you’ll have everything and we’ll be married.” This comes after a perplexing image of two Manojs in the same shot.

As Konkona expounds on her plan to substitute her hubby with her boyfriend, there are more images of vegetables, seafood, and meat being cut in various restaurants, as well as abundant PDA from the primary couple. Fans described the preview as both exciting and perplexing. “OK, I have no idea what’s going on, but I adore it,” one person wrote. “Two classic actors together will be a blockbuster,” said another.

Social media fans voiced their enthusiasm for the series shortly after the teaser was released. One Instagram user remarked, “Finally a terrific cast & a good trailer that strikes the mark,” while another said, “Can’t wait for this exhilarating trip.”

The producers of the series remarked on the contents used in Soup, “Soup is a delicious soup of romance, lust, pleasure, and mystery.” Manoj Bajpayee and Konkona Sensharma season this series superbly, leaving a lasting impression. Grab a spoon, because Soup will only be available on Netflix!”