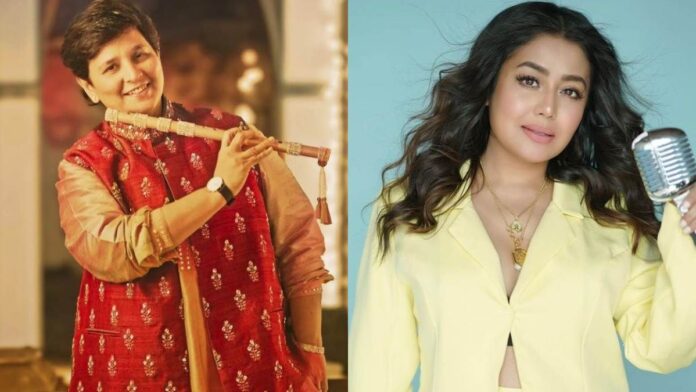 Falguni Pathak, one of India’s most popular singers who has made us obsessed with her voice, is unhappy this time. Falguni is disappointed with Neha Kakkar’s new video ‘O Sajna,’ which is a remake of the former’s hit song ‘Maine Payal Hai Chhankai.’ 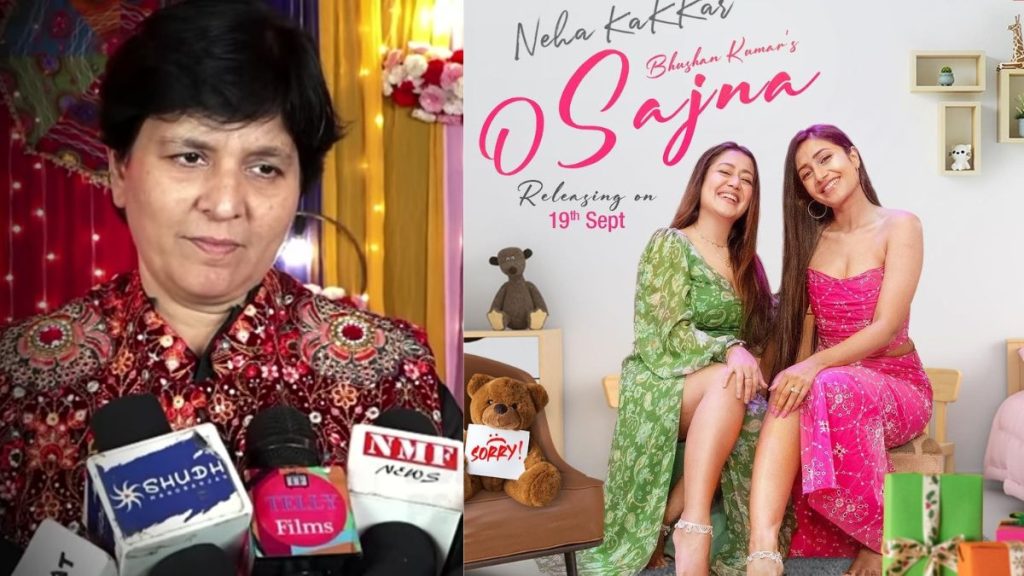 Falguni Pathak has stated unequivocally that she is dissatisfied with Neha Kakkar’s latest music clip ‘O Sajna,’ which is a remake of the former’s famous song ‘Maine Payal Hai Chhankai.’ Falguni has finally opened up about her thoughts on ‘O Sajna’ after sharing a handful of Instagram stories condemning Neha’s remix track.

“I was overwhelmed and touched to receive so much love from all around for the song, so I had to express their thoughts,” Falguni said of reposting reels and posts criticizing Neha Kakkar’s replica.

Falguni has finally spoken about her thoughts on ‘O Sajna’ after sharing a couple of Instagram stories condemning Neha’s rework version.

“I was overwhelmed and touched to receive so much love from all around for the song, so I had to express their thoughts,” Falguni said of reposting reels and posts criticizing Neha Kakkar’s replica.

Falguni Pathak also revealed that the creators of ‘O Sajna’ did not approach her. Falguni also re-shared a fan’s experience in which she was asked to sue Neha Kakkar. When asked about that now, Falguni stated, “I wish I could, but the rights are not mine. ”

When asked if the producers or Neha Kakkar attempted to contact her after watching her Instagram pictures about the remastered edition, the Dandiya Queen simply answered, “No. ”

People mocked Neha in the replies, even tagging the original artist, Falguni Pathak. Falguni Pathak was drawn in by the trolls and harsh comments. One of the users said, “Paap, band Karo. Please, somebody put a stop to these autotune vocalists and their revivals.” “Sorry to our childhood memories that are being spoiled by this cringe,” another commenter remarked.

Falguni posted similar remarks on her Instagram stories as well. She did not respond but instead continued to share other people’s harsh comments. This demonstrated her dissatisfaction with Neha Kakkar’s performance. Falguni Pathak has now discussed the matter with Pinkvilla.

The original version of the song

The original song, which featured television actor Vivan Bhatena, was released in 1999. The song was performed as a puppet show at a college festival. The song was a huge success, and people still listen to it today.

“I had joy singing and making the music video of ‘O Sajna,'” Neha stated in a media release about replicating the song. I’m pleased with the excitement and love the teenage audience showed the teaser yesterday at the college presentation! It’s exciting, dynamic, and vibrant, and I’m convinced that people will enjoy it.”