Congenital Heart Defects (CHD) is a condition where the heart of a newborn is defected
from the very start and needs special medical care. In some cases, it can lead to a fatal
condition on top of an already difficult life.

The medical care which is required in case of a child born with CHD is available in countries
having a high income. And children belonging to this section of the world receive the
privilege of life courtesy of their parents who can afford the treatment.

But the condition of a newborn with the exact same condition in a country where the net
income is on a lower side is worse than one can imagine. Their parents even though they
want to, don’t have the power to save these little hearts. And They eventually, end up losing their child, along with their precious smiles and left with a deep dark hole on the inside.

This is exactly the NGO’s like Genesis Foundation chimes in and act as saviors
for the affected set of parents and their progenies. Now, Genesis is an organization that
saves, not just lives but smiles on the faces, hopes in the heart, and much more. Their
mission is to Save Little Hearts and they are delivering on their quite literally by saving little children from CHD.

Moving on, if we talk about India then it can be said that it belongs to the category where the condition of these affected children is not good. We have fewer resources and even if they are available then they are operated in big cities by Private hospitals and come along with heavy costs.

Apart from that, neither we have awareness not sentiment towards those who are born with CHD and they are considered to be doomed. And even then if a parent tries to save their newborn the first they have to travel long distances, cover huge costs, and all under just the hope of their progeny being saved.

These private hospitals collaborate with NGO’s and MNC’s in order to facilitate Heart
Treatment For Under Privileged Children’s. And an estimated 20% of cardiac surgeries
are funded by these organisation only.

Good infrastructure in every state equipped with advanced medical facilities is the need of
the hour but seems like a distant dream. This is exactly why Genesis refuses to wait for the
amendment of policies or for the infrastructure to be ready. They rather make their own way with the help of compassionate souls-just like you.

And as we’ve mentioned earlier, they not only save a life but also restore hope in the eyes of the helpless, protect innocent smiles and do more than just bare money can afford-lend
helping hand to the needy in the moment of need.

They have the proper channels to bless these little hearts with the gift of life but they do
need help. Funding plays an important part while helping others and here most of the funds
are raised by common folks via participative events and portals. Some of their events are
Kasauli Rhythm & Blues Festival, Walk to Save Little Heart, CEOs Sing for GF Kids amongst others.

Now, if you’re someone whose heart melted away at the thought of a child dying just due to lack of some green bills then you can stop that from happening. And you’re left with a
question ‘ How Do I Help Save the Life Of a Critically Ill Child’? Then Donate Towards
Heart Disorder

Genesis has collaborated with Ketto in India and Charities Aid Foundation (CAF) America. If
you wish to donate even a little amount then you can click here.

Every penny counts, just like every life counts, which is why people at Genesis would keep
on doing what they’re doing tirelessly until they’ve made a difference. Which is something
they’ve already made by saving the lives of 3000 children.

Be part of the army that saves and not destroys and if you can contribute to the mission
either by donating, spreading the word, or just by simply sharing this article.

And if you like this information and want to know more about heroes such as Genesis
Foundation or even want to get informed on rarely discussed topics such as CHD. Then you
know what you have to, right?

ALSO READ: Healthy Habits: Habits You Need To Change After Having a Heart Attack 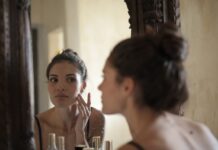