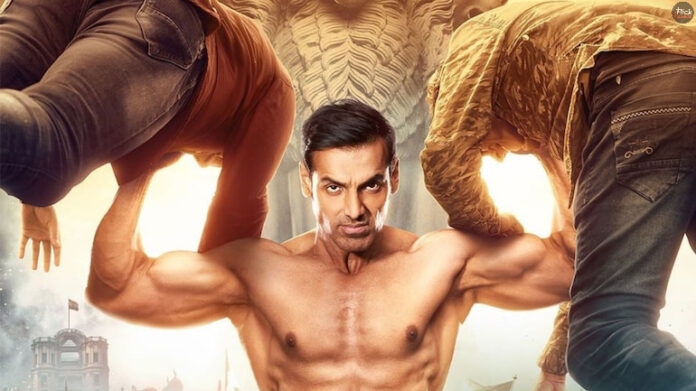 Talking about a decent movie with a mixture of a wavery script, junky screenplay, and dialogues similar to an 80’s movie, Satyameva Jayate 2 is a perfect fit for it. No one was expecting this from the director Milap Zaveri as in the previous part everyone appreciated his work.

This time he tried to experiment but that wasn’t enough to meet his audience’s expectations. Maybe he was focusing his camera too much on John’s different body parts.  That might have led him to drift away from the actual plot. Also, the audience did find the dialogues shabby and were too mainstream. The reason for this could be that we have never seen John delivering such dialogues. That’s why it might have made some people furious with the rhyming script. 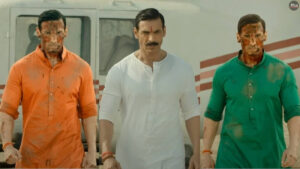 The only common thread that fans could find between both parts is that the story focuses on the annihilation of corruption. Some scenes were overrated but the director didn’t compromise on the action, which kept the film alive till the end.

Actually, there is a difference between patriotism and jingoism, but they have surpassed jingoism this time. There was no need to overhype everything unnecessarily because today’s audience loves to watch everything natural, whether it might be acting, action, or romance.

Satyameva Jayate 2: Is It Worth Watching?

In this film, John Abraham plays a triple role (father and two twin sons). Both of them grew up together but chose different paths. One of them became Home Minister who wants to pass a bill of anti-corruption and the other chose to become a vigilant police officer.

One of them turns against the law to tackle social issues in his own ways. More than patriotism the film focuses more on John ripping off his shirt and flaunting his muscled body. When Zaveri was asked that what is the big idea behind this, he replied, “It is my tribute to filmmakers like Manmohan Desai and Prakash Mehra.” 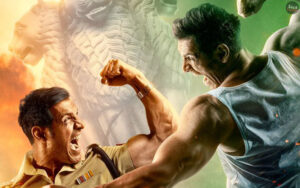 But after watching the film it feels that he couldn’t relate to the method and logic of their filmmaking. Moreover, we cannot blame John completely as he fulfilled his duty according to the demands of the script. On the other hand, he hooked the audience till the end. Not only this, even Nora Fatehi’s item song kept the audience entertained.

Still, if you wish to watch the movie, we recommend you to watch it at home because unfortunately, this film is not worth watching in theatres. Although, you are definitely going to enjoy Nora’s grooves and steps.

Previous article
Chhorii Movie review: Add another remake of Horror film in the watch list
Next article
List Of Upcoming Shows and Movies On Netflix In December 2021
Flickonclick

There was a time of Pre-Covid era when we planned months in advance to watch some top bollywood...
Lifestyle

Love is in the air nowadays as the month of February has brought the charm of valentines and...
Entertainment

Sanjay Dutt is known as one of the biggest blockbuster and Bollywood actors. He is known for his...
Lifestyle

When it comes to enjoyment, going to see a fantastic movie with delicious popcorn is a clear choice....
News

Ajeeb Daastaans Movie Review- Netflix has long entered into the Indian Cinematic zone and has proved it's mantle...