Flickonclick is back with the most recent Bollywood news to offer you a taste of what’s charming in Kartik Aaryan’s latest movie. Read the most recent Dhamaka movie review to get a sneak peek.

Dhamaka is not the first instance Bollywood has attempted to remake a South Korean drama. Unfortunately, it will not be the final.  Ram Madhvani is an intriguing option to film Dhamaka

The Hindi version of the 2013 Korean thriller The Terror Live. It was created as a satire on the apathy of primetime mainstream media, and it enables Madhavani to further tighten the gap between truth and artifice, the grey region that has become synonymous with his unique style of cinema.

Arjun Pathak (Kartik Aaryan), a top headline anchor on prime-time Television, is demoted to FM. He sees a suspicious telephone conversation from a bomber as a glimmer of hope for reclaiming his lost glory. Until his demands are honored, the bomber warns to destroy the Bandra–Worli Sea Link. With lives at risk, does Arjun save his declining profession or the people being held hostage on the crossing?

The main issue that Dhamaka is dealing with is the template that it has chosen to use. Forget overseas, Bollywood has produced a slew of films along the same lines, some fantastic (A Wednesday, Table No. 21), some nice to just about passable (Madaari, Knock Out), and some bleh (The Killer).

Yes, none of these movies are precisely alike, but the primary subplot of these movies is about the adversary compelling the protagonist/s to do certain things at firearms.

A Wednesday and Table No 21 had the perfect balance of positive and negative in them. Dhamaka overlooks this because the ‘good’ is so mediocre that no matter how good the ‘good’ is, it remains unfulfilled throughout. We haven’t seen the classic (The Terror Live), therefore we won’t make any comparisons. 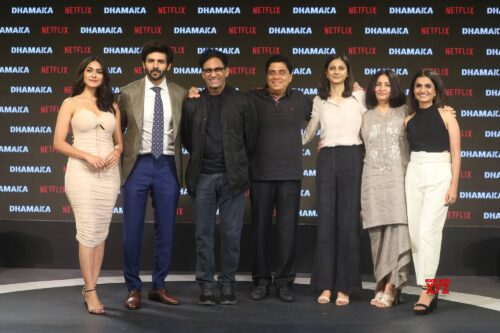 Kartik Aaryan puts everything he could into this one, which is understandable given that the filmmaker is coming off of fascinatingly interesting productions like Neerja & Aarya. Though the media reporter’s side of his portrayal appears overused at moments, he contrasts it with emotional nuances.

Overall, if it had been broadcast 10-15 years ago, it would have been an acceptable film, but not in a society when superior films in a comparable genre already exist.

Read More: Special Ops 1.5 Review: Get ready, Himmat Singh is back in action

Back in 2001, when we not aware of the concept of social media or virtual connections, Yahoo! launched...
News

Aadhaar Updates: Details Can Be Updated Online From Now On.

Aadhaar card is one of the most important entities for an Indian individual nowadays and most of us...
Lifestyle

How To Celebrate Dussehra From Home and That Too In a Fun Way?

Dussehra marks the end of Navratri and is celebrated as one of the most prominent Hindu festivals among...
Technology

Whatsapp processes 50 Billion Messages in a day and with such a huge user base, it needs to...
Entertainment

Most Expensive Things That Alia Bhatt And Ranbir Kapoor Own

Bored from Netflix and chilling and want to have some desi fun but not the kind you get...
Entertainment

Aadhaar Card is a prime document for a citizen of India as it is required in all kinds...