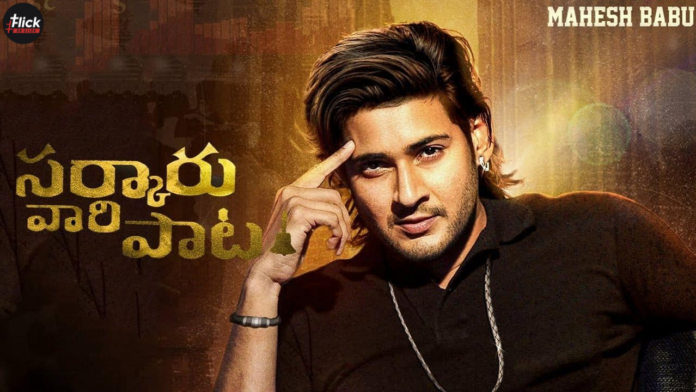 Written and Directed by: Parasuram

“Sarkaru Vaari Paata” by Mahesh Babu is another Telugu blockbuster that has gotten a lot of attention since the pandemic. Mahesh Babu’s films elicit a lot of interest regardless of the director. Parasuram, the director of “Geetha Govindam,” has successfully presented Mahesh Babu in a fresh avatar. It was clear from the trailer. The trailer was an enormous hit. Let’s see if the movie comes up to our expectations. 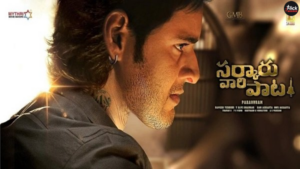 Mahesh (Mahesh Babu) earns living lending loans in Miami in Sarkaru Vaari Paata. Mahesh saw his family crumble under the weight of unpaid loans his father had acquired for farming when he was a child. Mahesh wakes up one morning to find his father and mother hanging from the roof of his house because they couldn’t bear seeing their field being auctioned off by the government. As a result, they decide to end their lives and leave their only kid behind with only Rs 1 in his pocket. Mahesh, a little boy, adopts Rs 1 as his identity and seeks sanctuary in an orphanage. In the next scene, Mahesh, now fully grown and in charge of his own life, is minting money as a private moneylender. How did he get to his current position? The film never bothers to explain anything.

To Mahesh, money is everything. It is more important to him than love and friendship. Or at least that’s what he believes. He loses his focus when he meets Kalavathi (Keerthy Suresh), who is clad in a traditional saree and has a conservative haircut with miles of jasmine flowers. Kalavathi awakens Mahesh’s dormant dream, and he doesn’t hide his prejudice against modestly dressed women. So much so that he goes against his professional principles and values by lending Kalavathi the money she needs without any documentation. He’d be too late if he discovered Kalavathi was dressed to fool him. And his heart breaks a thousand pieces when he learns that Kalavathi dresses up and frequents pubs, drinks, and gambles. “Is she a woman?” he wonders. His responses scream “no.”

Finding out the true character 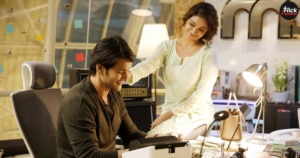 Finding out the true character of Kalavathi brings Mahesh back to reality, and he resolves to keep it professional. He demands, “Give back my $10,000 now.” And Kalavathi gives him the middle finger or something along those lines. Mahesh, on the other hand, will not accept the loss without a struggle. He chooses to travel to India to collect the funds from Kalavathi’s father, Rajendranath (Samuthirakani). Rajendranath is a powerful figure in Vizag, with all of the country’s ministers in his pocket. But Mahesh is unconcerned. He’s dead set on getting his money back, no matter how much muscle and political power Rajendranath possesses.

Sarkaru Vaari Paata discusses the rising threat of wealthy people defaulting on bank loans, the government-corporate connection that facilitates such financial crimes, and how the cost of bad loans is pushed to hardworking, law-abiding, and submissive citizens. And it’s told in a traditional “masala movie” format, complete with standard combat scenes, song sequences, and punchlines that add little to nothing to our enjoyment. Of course, if you’re a die-hard Mahesh Babu fan who thinks Mahesh Babu screaming “I am a whale” (although “I am a (loan) shark” would have been more punchy and fitting) is enough to keep you entertained, you’re in for a treat.

New Year's Eve is only just a few days away, and now is the perfect time to reserve...
News

Chinese smartphones acquired the market with their affordable devices, but eventually, after the boycotting of Chinese products and...
Lifestyle

5 Top Places to Travel After The Lockdown Ends

The Coronavirus pandemic has restricted the whole country inside their homes, even the non-travelers are searching for top...
Entertainment

Flickonclick is back with the most recent Bollywood news to offer you a taste of what's charming in...
Entertainment

MS Dhoni, the former captain of Indian team and greatest captain cricket history has ever seen. Dhoni has...
Entertainment

Are you in the mood for a good thriller but don’t know what to watch? Netflix has a...