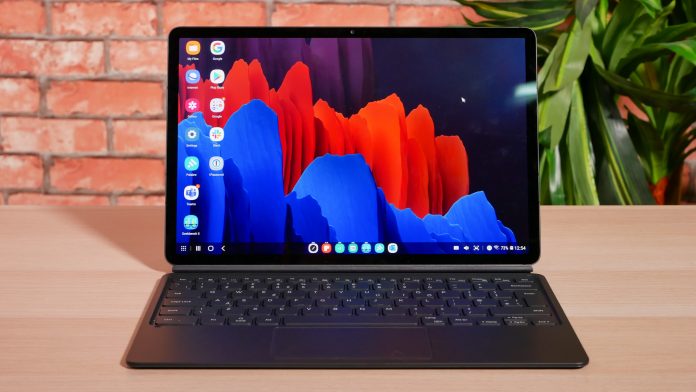 Last month, Samsung organized a virtual event named ‘Galaxy Unpacked’ and it featured some of their best technology yet. The launch events’ main attraction was the new Galaxy Note but along with that two other devices stole the limelight.


Yes! we are talking about Galaxy Tab S7 and Tab S7+, two new tablets launched by Samsung incompetence with the Apple iPad, which is one of the most preferred devices in the tablet segment. 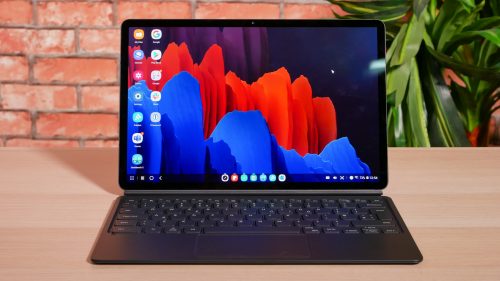 While, Samsung Galaxy Tab S series was always there, but they were never a serious competition for the iPad but it could change with this latest release.


The bezels are thinner and you get the Spen along with the device which you can slap back on the cover. The greater latency time that we noticed while operating Spen is almost gone now.

They refined the whole architecture towards ease of use and customize the experience with the tiniest bit. Just for a starter, while using the new Spen for writing, there comes a sound that feels like we’re writing on actual paper using an actual pencil. These kinds of small things are what actually contributes to a bigger part of user experience.

Moving on to the technical part, the most and first thing to notice about the new tab is its 120 Hz screen with Samsungs Super Amoled Display.


On the performance side, they both come with Qualcomm’s Snapdragon 865+ processor. While the RAM and Storage option can go put 8GB and 256 GB respectively.

Coming onto the battery backup, 8,000mAh on the Tab S7+, and a massive 10,090mAh for S7+ is something that we get to see, which is pretty decent. Boxed with a fast charger and support for 45W fast charging, these tabs would seldom face power outage issues.

While we mentioned almost all the important things for a tablet and the next thing that we’re mentioning is not that important for Tab users; Camera, but still its a powerful one. The back camera is a dual setup with a mix of 13MP and 5MP sensors while in the front you get an 8MP sensor.

You can get a keyboard cover with the device and its one of the most sought accessory for a Tab as we’ve already seen with how everyone is using their iPads.

The prebooking has been stated from the 26th of September and the starting price for the new tab series is INR 55,999 for Tab S7 with Wifi having 128 GB storage.

Previous articleJioMesh Wifi Router Launched For 2499 INR
Next articleSC: No Promotion To The Next Session Without Final Exams
Flickonclick

Nokia's much-awaited flagship smartphone Nokia 5.3 has now been listed on the official website which indicates that the...
Technology

Samsung Galaxy Tab A7 Lite has been in the news for the past few weeks and has also...