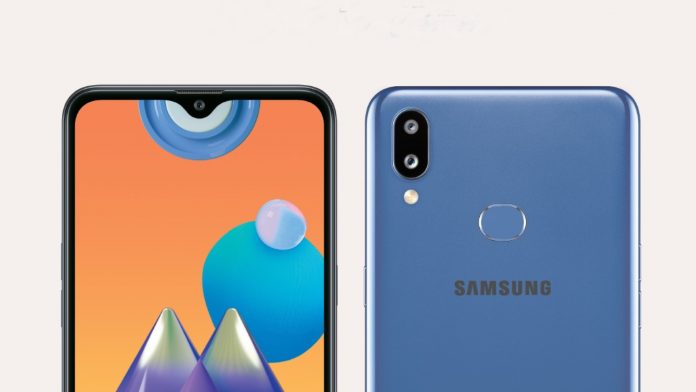 Recently launching their two flagship smartphones Galaxy M01 and M11 in India, Samsung today launched its third segment smartphone Galaxy M01s. The new M Series smartphone is a slight tweak of the M01 with some additional features. The main USP of the new phone could be its mid-range price of Rs 9,999.

The Galaxy M01s comes with a 6.2-inch Infinity HD+ Samsung’s Infinity-V Display. The new Galaxy smartphone will run on MediaTek Octa-Core Helio P22 SoC processor which is quite good in this budget. The phone is available in a single storage variant but also provides an additional micro SD card storage. 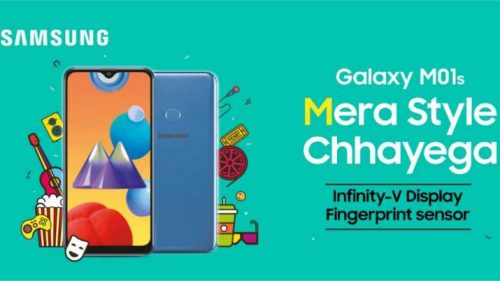 Looking at the design, the phone offers a 7.8mm thickness which is the thinnest Galaxy segments the company introduced yet. The front gives a shiny mirror finish with a V-cut notch. While the back design offers a classic design styling by the company. The phone also gives a fingerprint sensor on the back.

The new Galaxy M01s hosts a 6.2-inch HD+TFT Infinity V-Display and provides a screen is to body ratio of 81.8%, which is quite good in this price range. The display delivers a good and immersive viewing profile which makes it ideal for watching movies, play games, and display high-quality pictures.

Comparing to the M01, Samsung has jumped up on its camera capabilities in the new M01s. The smartphone offers a 13MP+ 2MP dual camera setup on the back. According to Samsung, the rear camera setup offer a “Live Focus” feature. The feature which allows the user to add “creative flair and a dash of fun” to their photos.

Coming on the front, there is an 8MP front camera setup which allows users to capture images in portrait mode. The front camera is a major upgrade as compared to the 5MP selfie shooter in the previous Galaxy M01. Samsung has also added a wide range of filter stamps to let you be creative.

Galaxy M01s houses the latest MediaTek Octa-Core Helio P22 SoC processor which is a step down from Qualcomm Snapdragon 439 SoC on the older one. The phone comes with 3GB RAM and 32GB internal storage, which is expandable up to 512GB. It will be coming on a single storage and ram variant.

The phone will run on Galaxy One UI Core added with Android 9. It will also host a Dolby Atmos speaker setup which ensures a surround sound music output. Lastly, the phone will also have face recognition feature and comes with Samsung Health app pre-installed on it that allows health monitoring 24×7.

The new Galaxy M01s is priced at Rs 9,999. It comes in two color variants: Light Blue and Gray. The phone is available for purchase on Flipkart, Amazon, Samsung’s official website, and all Samsung retail stores. The expected arrival date on the phone is yet to be announced.

The month of September 2022 saw the debut of numerous new Premium Smartphones including the king of all...
Entertainment

Jamtara Season 2 Review Outline: The new season of the show refuses to settle in the pre-defined mould...
Technology

Flickonclick is your one-stop source for the latest update on upcoming phones and gadgets. The future mobiles area...
Entertainment