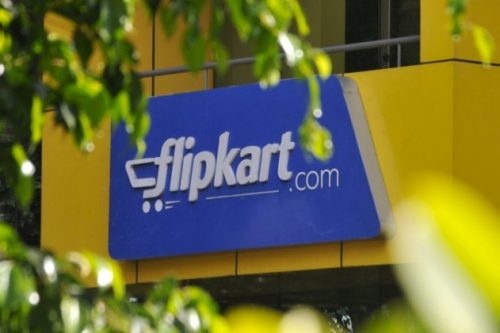 BigBasket and Grofers are the leading companies for digital grocery shopping in India. The two powerhouses have updated their websites with voice assistant search options. 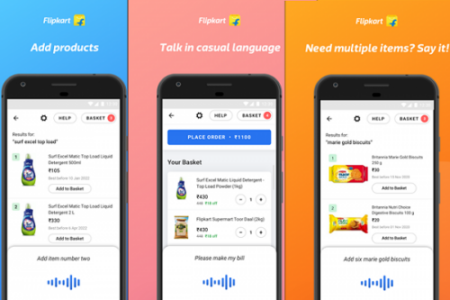 Consequently, Amazon and Flipkart have been unable to boost growth in their grocery categories.

In fact, according to data from RedSeer in September 2019 e-commerce has captured around 80% of India’s online grocery market. However, Flipkart and Amazon only managed to capture 5% of the same market.


However, while this may seem like a big jump, it’s actually a very small part of the overall food and retail market. To be exact, the penetration is just 0.2%.

Due to the coronavirus pandemic, Indians are almost forced to come online to get their basic needs and necessities. E-commerce giants have resumed their previous services, especially in green and orange zone areas.


With many being uncomfortable with English and/or typing, voice search has become an important feature.

Last year, the feature was growing by 270% in India.

Three months ago, Amazon introduced the same voice-search option for its users in order to enhance the overall shopping experience. To maximize the benefits of this feature, Amazon India extended support for Hindi.

ALSP READ: Measures while ordering online from Amazon and Flipkart

On Tuesday, the company announced English and Hindi voice assistance that was built by the company’s technology team. It’s been designed for natural language understanding, text-to-speech solutions, speech recognition, and machine translation.

Flipkart’s grocery vertical known as Supermart is the first to utilize this new voice option. Therefore, this feature will probably get extended to different categories soon.

The solution has been built in such a way that the language is automatically detected and the voice assistant can transcribe, understand, and translate what the user is trying to say.

Once users type the mic icon in the app, they can give commands like “go to checkout” or “show me 10 kg maida”. Android devices have received this feature and the same will be made available soon for iOS and their website.


Jeyandran Venugopal, Chief Product and Technology Officer of Flipkart adds, “While we have seen great adoption for our video and vernacular offerings, the next step in that direction is to solve for the voice capability for e-commerce.”

The digital grocery stores are predicted to increase by $10.2 billion by 2023.

Manish Kumar, SVP Grocery and General Merchandise & Furniture of Flipkart say that “Grocery is one of the most underpenetrated categories in Indian e-commerce and has a huge potential to grow and solve for customer adoption.”

He also adds that the grocery category has grown a large amount over the last year.

The voice assistant will hopefully boost that growth even further. “​Voice-led shopping is natural and we wanted to give our users a truly conversational experience, in the most natural way possible,” Kumar says.

Earlier this month, the government rejected the company’s application for a license in food retail. The reason they cited was that Flipkart doesn’t suit FDI norms.

Previous article
Here’s a list of 14,000 Aadhaar Centres opened across the country amid Unlock 1.0
Next article
Top-Rated Wireless Earbuds Under ₹2000 Available In India
Flickonclick

No one in the country hears your needs that closely as Reliance does, therefore understanding the needs of...
Offers

Amazon India:Amazon Offer Available at 50% Off for Ages 18 and 24

What will your reaction be if you get to know that Amazon India has announced a Youth Offer...
News

Amazon Prime is one of the most used services in India. It comes at a controlled cost and...
Offers

Flipkart's biggest electronics sale of the year is here for everyone, young or adult, bored at home watching...
News

Amazon which is a giant in the eCommerce industry has unveiled a new app for iPhone users in...
News

Flipkart is following in the steps of one of its biggest competitors, Amazon, and the e-commerce gaint is...