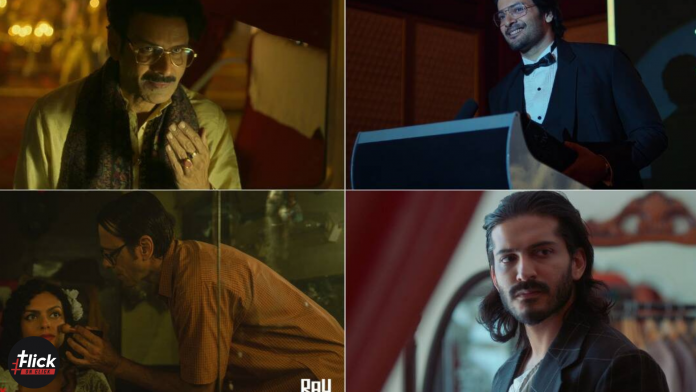 Ray Review – Another short anthology project by Netflix India is going to be the perfect series to watch this weekend . Now, if you remember Netflix released ‘Ajeeb Dastaans’ sometime back which is another one of their anthology short and it gained a huge response from the audience.

The concept is the same that the four shorts will be connected through the same theme and over the top of it, you’ll get to see what’s the individual story has for you.

One more thing, the four anthologies are all based on the work of Satyajeet Ray, who was not only a great writer but also a celebrated filmmaker of his time. So, making sure that the essence is not lost in the adaptation was a very hard task, done right.

Moving on, the anthology contains 04 titles namely: Forget Me Not, Bahurupiya, Hungama Hai Kyon Barpa, and Spotlight. All four have their unique storylines and will not do any less than but amaze you.

The first two titles have been directed by Srijit Mukherji, and the stories have a strong hint of his direction rather than Ray stories. But starting from the diminished memory trails in Forget Me Not, to changing identities in Bahurupiya, you’ll be taken aback by the dark context of the overall show and the plot twist it has.

The Hungama Hai Kyon Barpa stars Gajraj Rao and our very own, Manoj Bajpayee, who is seriously getting the star face of the Indian OTT space now. This short directed by Abhishek Chaubey talks a story about two strangers on a train recalling events about their life. Well! It’s not as simple as it looks and we’ll not spoil the fun for you.

Coming to the last one, Spotlight is a story about blind faith and trust, with the hint of consequences that comes with it.

Ray is an interesting watch as well but with these anthologies being not interconnected, you have the choice to watch in any order or according to your preference. We suggest that you start with ‘Hungama Hai Kyon Barpa’ and then take it forward with that.

Also Read- Vidya Balan: ‘Sherni’ Trailer Is Out In Search of ‘An Unsettled Tigress’

Previous articleDo You Know That Netflix Is Older Than Google? Plus More Such Facts
Next articleHere’s a Sneak Peak Into Images of Alia Bhatt Yoga Routine
Flickonclick

Watching international movies opens up new horizons of entertainment and also introduces a viewer to a different and...
News

Netflix, an American over-the-top content platform and production company that was founded on August 29, 1997, has now...
Entertainment

Feel-Good movies are always fun to watch with your partner. A light-hearted film with a chill and calming...
Offers

It takes a lot of effort to make a movie or a web series based on historical events...
News

Noise has launched the Noise ColorFit Nav on the Amazon Prime Day Sale. While the company kept the...