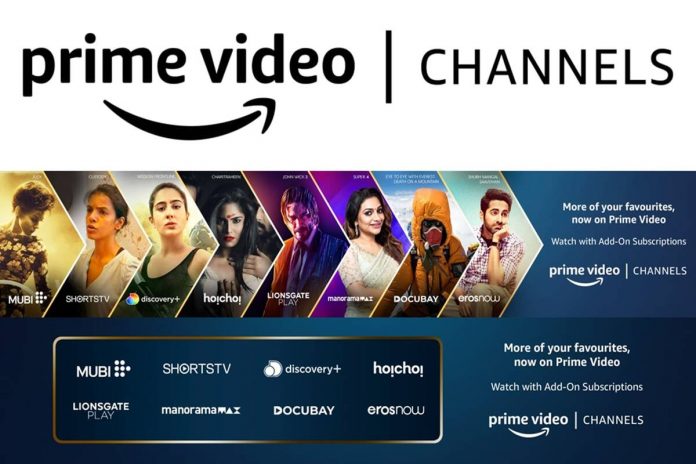 Amazon Prime subscribers will be able to watch unique content from 8 subscription-based OTT apps through the Prime Video channels. 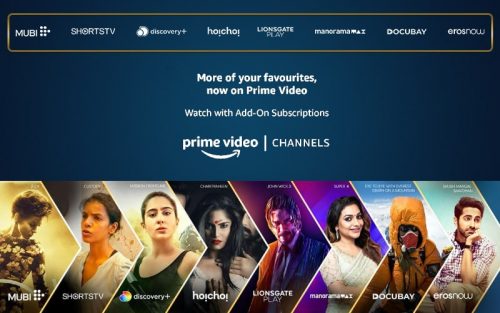 Amazon has announced the opening of Prime Video Channels in India, which is a strategic step. Prime subscribers will be able to watch unique content from eight subscription-based OTT apps.

With add-on subscriptions, Prime Video users will be able to watch content from streaming applications such as Discovery+, Lionsgate Play, Docubay, Eros Now, MUBI, Hoichoi, Manorama Max, and Shorts TV. For all of the apps brought together under one roof, there will be a single billing system. Starting September 24, Prime Video channels will be available.

Prime users will be able to view thousands of shows, movies, reality TV, documentaries, and other types of content from eight video-streaming services, including discovery+, Lionsgate Play, DocuBay, Eros Now, MUBI, hoichoi, manoramaMAX, and ShortsTV, via the Prime Video channels.

Customers will, however, only be charged for the services they select. Prime members can take advantage of a discounted introductory annual subscription deal from OTT channel partners.

Here are some of the advantages of using the Prime Video channel.

Users will no longer have to scramble between applications to watch their favourite shows now that it has brought eight OTT platforms under one roof. Users will also have access to a single payment channel for all of their services. — Users may search across all of their premium subscriptions and receive personalized suggestions while browsing content from all of the supported OTT platforms in one spot. All of this is possible without ever leaving the Prime Video app or website.

Previous article
Celebrity Sneak Peeks: Watch As Nora Fatehi Unravels Secret Of Her Life In This Exclusive Interview
Next article
Qismat 2 Review: Definitely a Must Watch If You’re Into Movies That Makes You Move
Flickonclick

Ved starring Reteish Deshmukh and Genelia Deshmukh released in the theatres on 30th December 2022, and finally, the...
Offers

Zwigato is an upcoming Hindi movie featuring the comedian Kapil Sharma in the lead. The film's name is...
Entertainment

Ponniyin Selvan: 1 is going to release in the theatres on 30th September 2022. However, the fans are...
Offers

Amazon Summer Sale 2022 began with a bang on 4th May. This year the sale has brought some...
Entertainment

Modi Ji Ki Beti is an upcoming comedy Bollywood movie which will release in the theatres on 14th...
Offers