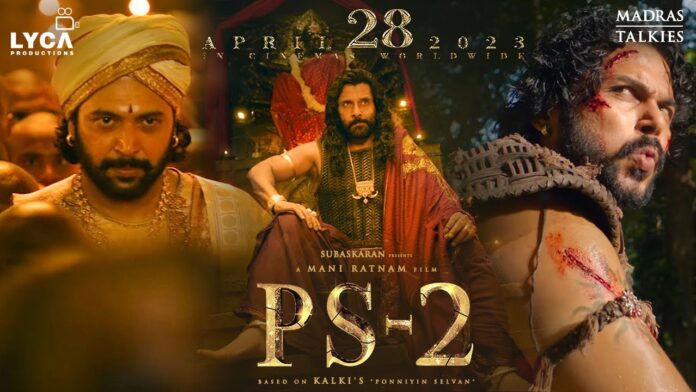 Ponniyin Selvan 2 (PS-2) is made with a budget of Rs 250 Crores. The combined budget of both PS movies is Rs 500 Crores. PS-2 is produced by Lyca Productions, Madras Talkies. The film stars Vikram, Jayam Ravi, Karthi, Aishwarya Rai Bachchan, Shriya Saran, Prakash Raj and others in the main roles. PS-2 will need to do extremely well at the box office, like PS-1, to recover its budget.

Also read: Ponniyin Selvan: All You Need to Know about the Mani Ratnam Film

Ponniyin Selvan 2 (PS-2) is expected to earn around Rs 500 Crores at the worldwide box office like the original PS movie. In India, we expect the movie to collect more than Rs 350 Crores at the box office during its lifetime run. The first film in the franchise received positive reviews, and the second film is supposed to follow the same route. Ponniyin Selvan is Mani Ratnam’s dream project, for which he is doing everything in his power to make the film even grander and more exciting.

Tiger 3 is an upcoming Bollywood movie from the YRF spy-verse that's being made with a huge budget...
Entertainment

Congratulations is an upcoming Gujarati comedy movie featuring the famous actor Sharman Joshi in the main role. An...
Entertainment

Dunki is among the most anticipated high budget Bollywood movies of 2023 starring Shah Rukh Khan and Taapsee...