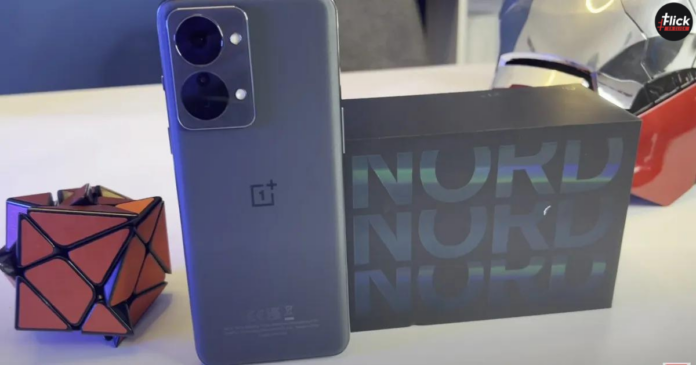 OnePlus has confirmed that the Nord 2T 5G, as well as the OnePlus Nord CE 2 Lite 5G and Nord Buds, will be available in Europe on May 19. The announcement was made through video on the official OnePlus UK Twitter page. On the same day, the OnePlus Nord 2T 5G is slated to arrive in India. The MediaTek Dimensity 1300 SoC and a 50-megapixel primary camera are believed to be included in the future smartphone. The device is shown in two color variants in the OnePlus video: black and green. This is consistent with previous rumors that revealed the phone’s major specifications.

Though no official announcement has been made on the launch of the OnePlus Nord 2T in India, tipster Mukul Sharma has posted a screenshot of an upcoming OnePlus event on May 19. That a result, we anticipate the device arriving in India at the same time as it does in Europe. Furthermore, the OnePlus Nord CE 2 Lite and Nord Buds have already been announced in India, implying that just the OnePlus Nord 2T would be released on May 19 in the country.

Also read – Nothing Phone (1) soon coming to Flipkart: Check out the leaked Features

Are you ready to Live Fast? 💨

TODAY we are announcing that OnePlus Nord is back with not one, not two, but three (!) new products:

The European version of the Nord 2T is expected to come in two RAM configurations: 8GB and 12GB. The smartphone’s initial price could be $399. (roughly around Rs 31,000). Let’s take a look at the expected features of the OnePlus Nord 2T.

The 6.43-inch FHD+ AMOLED panel on the OnePlus Nord 2T is rumored to have a 90Hz refresh rate. The MediaTek Dimensity 1300 SoC, with 8GB of RAM and 128GB of internal storage, is expected to power the smartphone. The front of the smartphone will contain a punch-hole for the selfie camera. 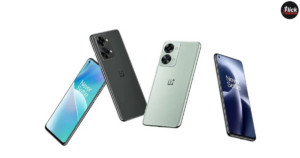 The Nord 2T could include three cameras on the rear, including a 50 MP Sony IMX766 sensor with OIS. According to rumors, the other two cameras will include an 8 MP ultrawide lens and a 2 MP monochrome sensor. The Nord 2T will sport a 32 MP camera sensor on the front for selfies and video calls. The phone is expected to contain a 4,500mAh battery with support for 80W charging. Oxygen OS 12 based on Android 12 is most likely to be used.

The OnePlus Nord 2T 5G appears to be available in black and green, according to on photographs that have surfaced online. The device is available for $399 (approximately Rs 30,800) on AliExpress. This suggests the tablet will most likely cost less than Rs 35,000 in India.

Previous article
Nothing Phone (1) soon coming to Flipkart: Check out the leaked Features
Next article
Will the iPhone 14 Pro Have A Larger Display Than The iPhone 13 Pro? What We Know So Far
Flickonclick

OnePlus Nord CE 2 Lite: Everything you need to know

OnePlus has announced that it will be launching OnePlus Nord CE 2 Lite alongside the OnePlus 10R 5g...
News